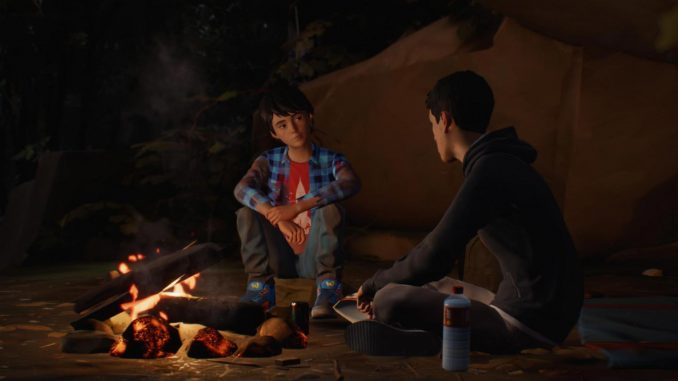 Life is Strange was a hit when it came out in 2015, and finally, the sequel is on its way. Check out the Life is Strange 2 Official Reveal Trailer to learn what this new 5-part narrative adventure from DONTNOD Entertainment has in store.

Life is Strange 2 will be released on September 27, 2018, for PlayStation 4, Xbox One, and PC. It will cost $39.99 for the complete season and is available to Pre-Order now. As a pre-order bonus, you get a mascot bundle to customize your in-game backpack.

The award winning Life is Strange series continues with a long-awaited sequel from DONTNOD Entertainment.

Two brothers Sean and Daniel Diaz, 16 and 9, are forced to run away from home after a tragic incident in Seattle. In fear of the police, Sean & Daniel head to Mexico while attempting to conceal a sudden and mysterious supernatural power.

Life on the road is tough and now totally responsible for his much younger brother, Sean begins to realize that his decisions will impact their lives forever…

If that short trailer isn’t enough for you, check out the Life is Strange 2 – Official Gameplay – Seattle video. It features over 19 minutes of gameplay footage:

Seong Mi-Na made her debut in the original Soul series fighting game, Soul Edge, in 1995 and Astaroth was first seen in the 1998 follow-up SoulCalibur. Both are returning in the latest game in this series, which you can preview in the SoulCalibur VI Astaroth and […]