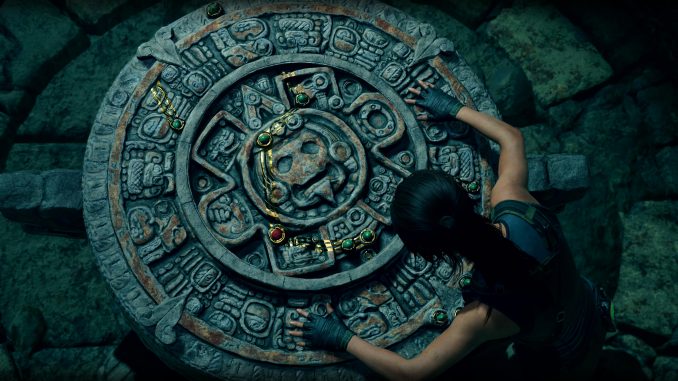 Shadow of the Tomb Raider will support native 4K resolution, High Dynamic Range (HDR), HBAO+ Proven Ambient Occlusion, High-Quality Anti-Aliasing, CHS realistic shadow falloff, and more. Perhaps you heard about the GeForce RTX graphics cards that NVIDIA announced today at Gamescom 2018. Based on the Turing architecture, these new graphics cards will support real-time ray-tracing effects, and Shadow of the Tomb Raider will support that feature in a post-launch update.

Watch the Shadow of the Tomb Raider – PC Technology Trailer from Square Enix:

Shadow of Shadow of the Tomb Raider will feature Native 4K resolution, HDR, High-Quality Anti-Aliasing, Proven Ambient Occlusion and many other high-end features on PC at launch! Thanks to our partnership with NVIDIA, Ray Tracing technology will also be added in a post-launch update.

Shadow of the Tomb Raider: The End of the Beginning Trailer

Watch the Shadow of the Tomb Raider: The End of the Beginning Trailer for cinematics on par with major motion pictures. It will get you excited for the game, which is due out on September 14, 2018 for PC, PS4, and Xbox One. Unfortunately there […]

Shadow of the Tomb Raider – Know Your Enemy

Shadow of the Tomb Raider – Know Your Enemy is a short but exciting trailer that shows some of the dangerous adversaries Lara Croft will face in the upcoming video game. There are elite Trinity soldiers, giant eels, swarms of vicious piranhas, and other deadly […]

Shadow of the Tomb Raider – Welcome to Paititi

Watch this Shadow of the Tomb Raider Welcome to Paititi Video to see a walkthrough of this hidden city that Lara Croft discovers during her quest to defeat Trinity and prevent a Maya apocalypse. It is the largest hub ever made for a Tomb Raider […]

Watch the Shadow of the Tomb Raider – Treacherous Traversal, a short video that shows the brand new traversal techniques you’ll have at your disposal when the game arrives on September 14, 2018. Although action-packed and intense as Lara traverses treacherous obstacles, the video is […]