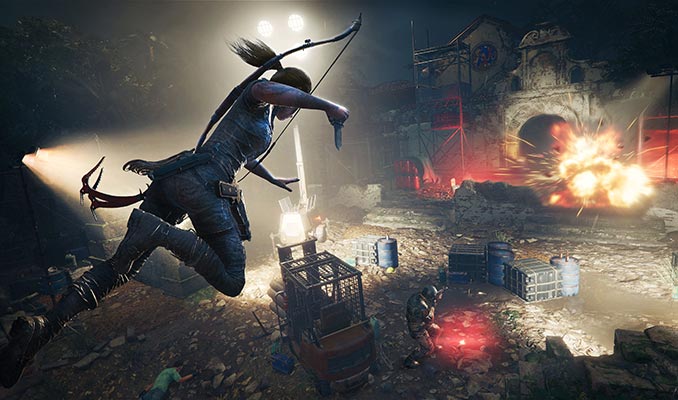 Watch the Shadow of the Tomb Raider: The End of the Beginning Trailer for cinematics on par with major motion pictures. It will get you excited for the game, which is due out on September 14, 2018 for PC, PS4, and Xbox One. Unfortunately there is no gameplay footage in this one, so I guess we’ll have to wait for the next trailer for more information on gameplay rather than backstory.

Experience Lara Croft’s defining moment as she becomes the Tomb Raider. In Shadow of the Tomb Raider, Lara must master a deadly jungle, overcome terrifying tombs, and persevere through her darkest hour. As she races to save the world from a Maya apocalypse, Lara will ultimately be forged into the Tomb Raider she is destined to be.

If you pre-order select versions of the game (Tomb Raider Digital Deluxe, Croft Edition, and the Ultimate Edition) you get 48 hours of early access to the game. You can pre-order Shadow of the Tomb Raider from Best Buy (where you can get limited steelbook editions and $10 in rewards), Target, Amazon and Game Stop.