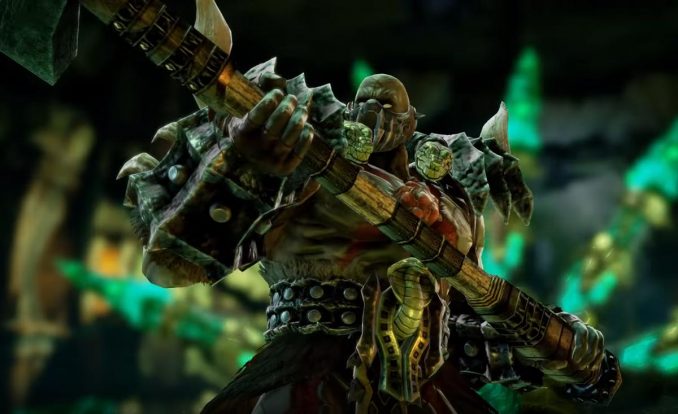 Seong Mi-Na made her debut in the original Soul series fighting game, Soul Edge, in 1995 and Astaroth was first seen in the 1998 follow-up SoulCalibur. Both are returning in the latest game in this series, which you can preview in the SoulCalibur VI Astaroth and Seong Mi-Na EVO Trailer Reveal Trailer.

Coming to PlayStation 4, Xbox One, and PC on October 19, 2018, you can pre-order the standard, digital, deluxe, and collector’s editions for consoles at Best Buy.

Returning to join the cast of SOULCALIBUR VI are Astaroth and Seong Mi-Na! Only skilled warriors will stand a chance against Astaroth’s giant axe and overwhelming strength while Seung Mi-na’s quest for the SOUL EDGE will pit her against powerful warriors.

If you haven’t seen it yet, here is the original SOULCALIBUR VI Announcement Trailer from last December:

Welcome back to The Stage of History! SOULCALIBUR VI is coming to PS4, XB1, and Steam in 2018. Check out the announcement trailer and get ready for the triumphant return of 3D weapons-based fighting.

Fight as Negan from The Walking Dead in Tekken 7

Coming up soon in Season Pass 2, you’ll be able to Fight as Negan from The Walking Dead in Tekken 7! While the Tekken 7 Season Pass 2 Reveal Trailer below shows plenty of gameplay action for a couple of the fighters (Anna Williams and […]

Have you seen Avengers: Infinity War yet? If not, get out there and see it before someone ruins it for you. No spoilers here. This Infinity Warriors T-Shirt shows the power of Thanos, letting you choose three heroes to face off against him. Good luck! […]

The Bravest Warriors Co-operative Dice Game lets players work together to overcome obstacles and win the game. You can play as Beth, Catbug, Chris, Danny, Impossibear, or Wallow. This will be a fun game for the whole family with many twists and turns along the […]

With a new add-on The Sims is finally getting weather, holidays, and seasonal activities. Check out some of the possibilities in The Sims 4 Seasons: Official Reveal Trailer. Much of real life revolves around the weather and holidays, so this will be a huge addition […]