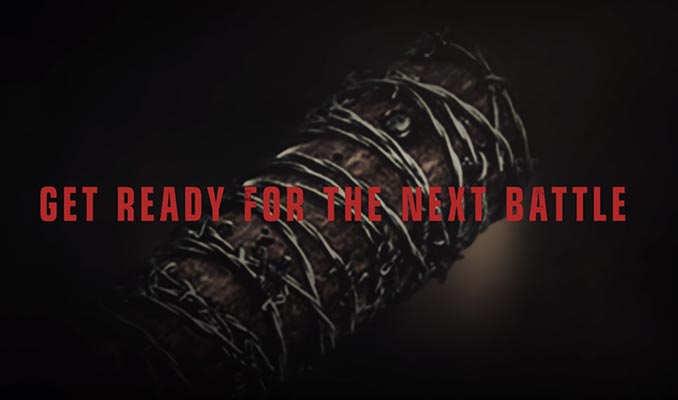 Coming up soon in Season Pass 2, you’ll be able to Fight as Negan from The Walking Dead in Tekken 7! While the Tekken 7 Season Pass 2 Reveal Trailer below shows plenty of gameplay action for a couple of the fighters (Anna Williams and Lei Wulong) that will be coming soon, it just teases about Negan from AMC’s The Walking Dead. However, given the imagery used, it would seem that he will be wielding Lucille, his signature weapon of a baseball bat wrapped in barbed wire.

Introducing a brand new lineup of warriors stepping into the TEKKEN 7 ring! With Season 2 of the TEKKEN 7 Season Pass, fighters such as Anna Williams, Lei Wulong and Negan from AMC’s The Walking Dead join the fight!

As the personal bodyguard of Kazuya Mishima, Anna Williams is a beautiful and intelligent officer with deadly fighting skills, and serves to drive her sister Nina crazy!

If you like weapons in your head-to-head fighting games, check out the latest video on the soon to be released SoulCalibur 6.

Zombies may not have to carry their cash and cards, but you do. And if you are a fan of The Walking Dead, these AMC’s The Walking Dead Wallets are the perfect way to carry your stuff. These wallets are covered in zombies and you […]

Let the zombies protect your spot at the beach or by the pool with the Walking Dead ‘Fear The Living, Fight The Dead’ Beach Towel. Walkers and water don’t mix well – just ask the well-walker from Hershel’s farm – but this officially-licensed, 100% cotton […]