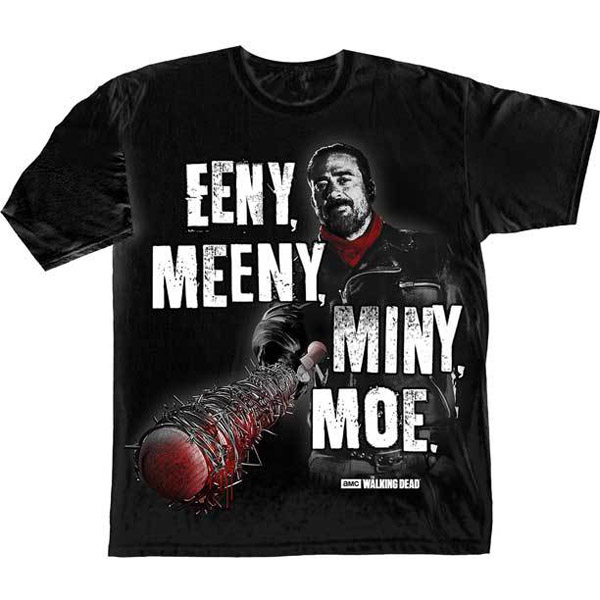 Negan is ready to play a fun game of Whack-A-Survivor on the Walking Dead Negan Eeny Meeny Miny Moe T-Shirt.

Well, after that lame cliffhanger, we’re left waiting to see who satisfies Lucille’s (and Negan’s) thirst for blood. Pretty sure it won’t be Carl since Negan didn’t seem thrilled with the idea of killing the “little future serial killer.” Guess he recognized a kindred spirit.

While we’re waiting – and waiting and waiting – to find out who met the barbed-wire business end of Negan’s bat, you can wow TWD fans with this pre-shrunk 100% cotton tee. Just don’t ask anyone to play Eeny, Meeny, Miny, Moe with you while wearing it because they’ll probably refuse.