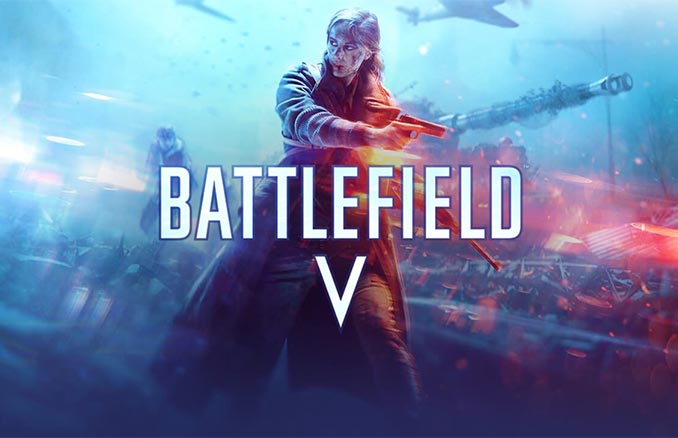 Watch the Battlefield V Official Reveal Trailer to see the modern, vibrant visuals and cutting-edge storytelling bring WW2 to life like never before as the Battlefield franchise returns to its roots. Assemble a unique company of customized soldiers, weapons, and vehicles to take to battle on an epic journey. It promises to be the most immersive and intense Battlefield yet, as you fight to lead your squad to victory in mankind’s greatest conflict.

Enter mankind’s greatest conflict with Battlefield V as the series goes back to its roots with a never-before-seen portrayal of World War 2. Assemble your Company of customized soldiers, weapons, and vehicles – then take them on an epic journey through the Tides of War. Experience the most intense, immersive Battlefield yet. You will never be the same.

Want to know everything about Battlefield 5? Watch the Battlefield V Reveal hosted by Trevor Noah from The Daily Show with the team developing the game:

The secret will be out when you wear the Wonder Woman Women’s Costume Reveal T-Shirt. Are you ready to let everyone know you’re a superhero? This 100% polyester tee lets you become the Amazon warrior of the DC Universe. With sublimation printing used to create […]

Today, Caged Element released a new GRIP Combat Racing Gameplay Trailer, highlighting the ferocious speed and intense action in this hardcore combat racer. Inspired by the Rollcage games from 1999 and 2000, GRIP features intense driving on floors, walls, and ceilings with cars that can […]