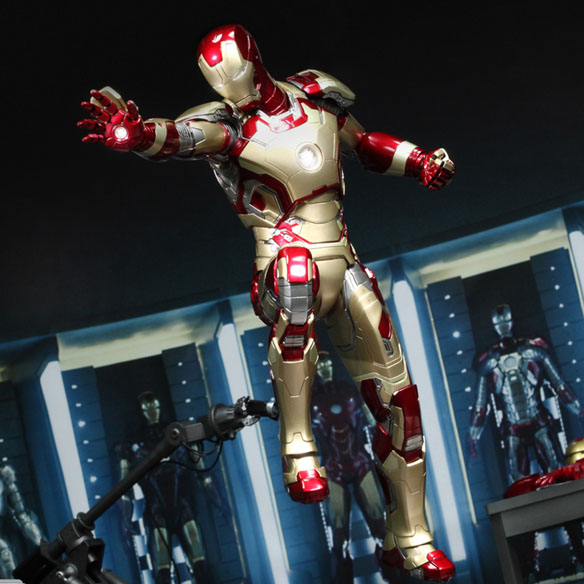 It’s time to suit up because Iron Man 3 will be blasting into theaters soon, and the Iron Man Mark XLII Power Pose Series Sixth Scale Figure lets you bring the action home so you can drool over Tony Stark’s latest set of hi-tech jammies anytime you want.

The big guy at Stark Industries is always rolling out new armor and the Mark XLII is some of the coolest yet, with his fashion sense leading more towards gold than red this time around.

To celebrate the new armor, Sideshow Collectibles and Hot Toys have created the new Power Pose series, allowing collectors to pose their collectibles in a variety of ways.

With this first entry into the Power Pose world, Iron Man can take a stand and fight on the ground or blast the bad guys as he rockets through the air, with an interchangeable right thigh, one pair of relaxed hands, and one left fist letting you create multiple fighting stances. 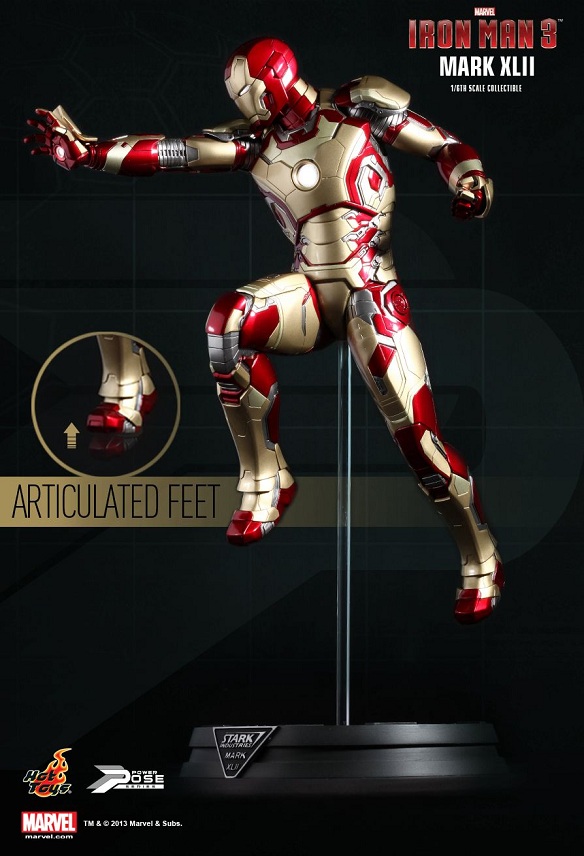 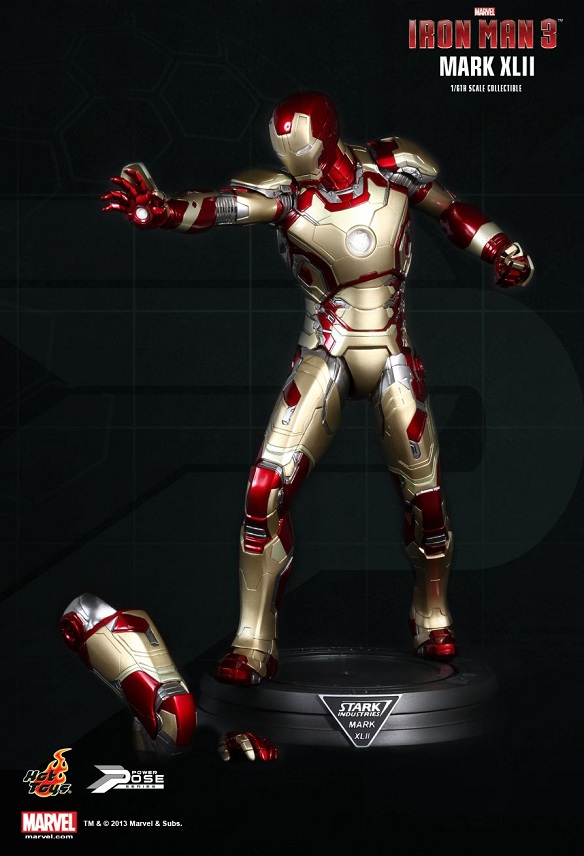 You can add the Iron Man Mark XLII Power Pose Series Sixth Scale Figure to your own personal armory by pre-ordering it for $164.99 (or for as little as $55.00/mo) at Sideshow Collectibles. The figure will ship in May 2013.

War Machine with flames? That could be another name for the Iron Man Mark XXII Hot Rod Sixth-Scale Figure, which sadly didn’t get enough screen-time in Iron Man 3. Designed as a War Machine 2.0 prototype, the Mark XXII armor got the ‘Hot Rod’ tag […]