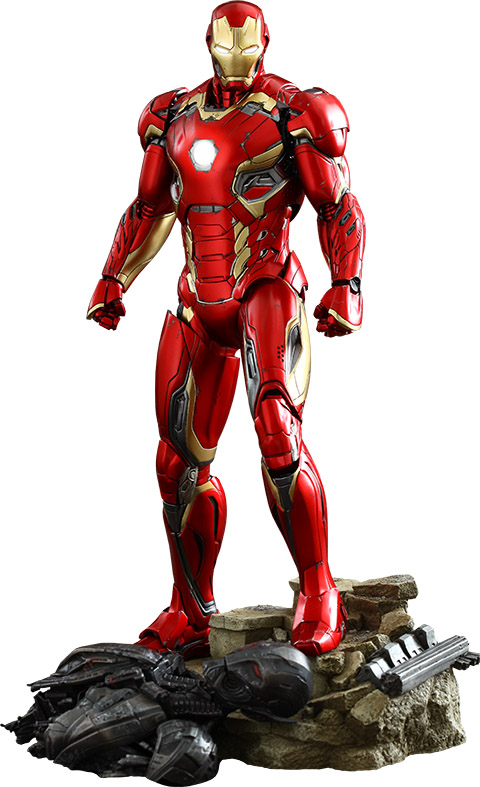 Iron Man has invented a lot of armor through the various Marvel movies and Avengers: Age of Ultron is no different, with the billionaire creator unveiling the Mark XLV. Standing approximately 12-inches-tall, the figure comes with a wide variety of accessories, including interchangeable forearm laser weapons, four pairs of interchangeable palms, interchangeable battle damaged chest armor, and fully deployed air flaps on the back of the armor.