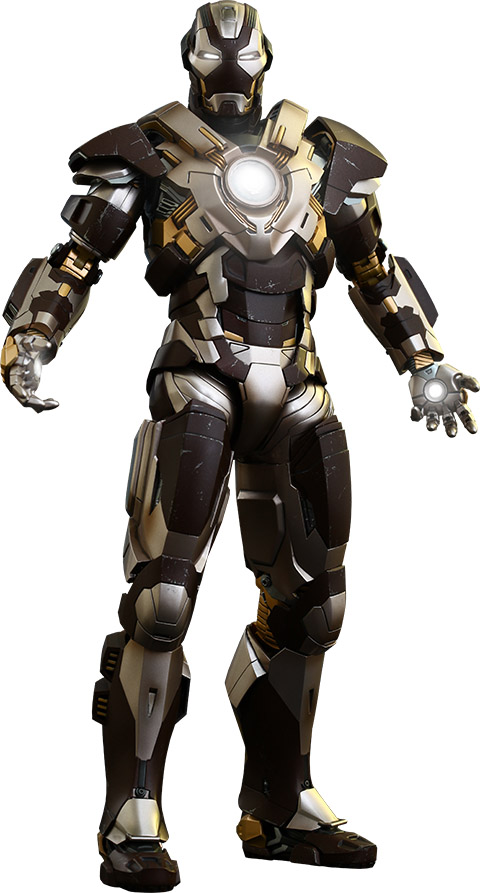 Long before Hulk Buster was created, the Mark XXIV (AKA Tank) was around to do the heavy lifting and punching. This 11.81-inch-tall figure features metallic brown and gold-colored armor and an assortment of effect accessories, including Unibeam and thruster effects. The figure even comes with Mark IX and Mark XXVII (Disco) mini collectible figures because, like the old saying goes… three’s a party.

The Iron Man Mark XXIV Tank Sixth-Scale Figure will be available Sep 2015 – Nov 2015 but it can be pre-ordered now for $299.99 at Sideshow Collectibles.

War Machine with flames? That could be another name for the Iron Man Mark XXII Hot Rod Sixth-Scale Figure, which sadly didn’t get enough screen-time in Iron Man 3. Designed as a War Machine 2.0 prototype, the Mark XXII armor got the ‘Hot Rod’ tag […]

Bring a little bit of the house party home with the Iron Man Mark XLI ‘Bones’ Sixth-Scale Figure, featuring one of the sharpest suits of armor that Tony Stark has ever designed. I don’t know what it is about Bones, but I love this armor […]