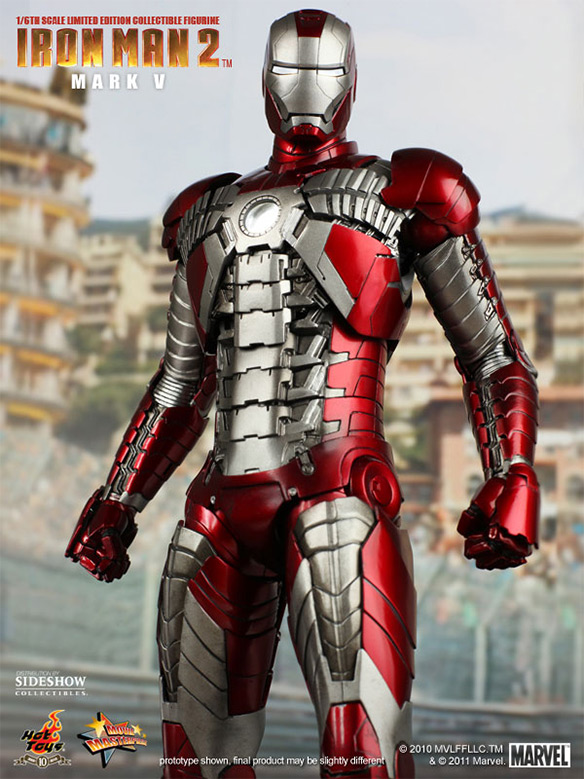 Iron Man is getting ready to kick all kinds of butt in the upcoming film, “The Avengers,” but Tony Stark was already turning heads way back in “Iron Man 2” with his sharp-looking and always-ready-to-go briefcase armor, and now the Iron Man Mark V Sixth Scale Figure is ready to go to your home.

In both the comics and the movies, Tony Stark has a huge selection of armor to choose from. It’s like super-powered armor to him is what socks and underwear are to us. Still, the Mark V armor stands out in many ways from the rest of his wearable arsenal. 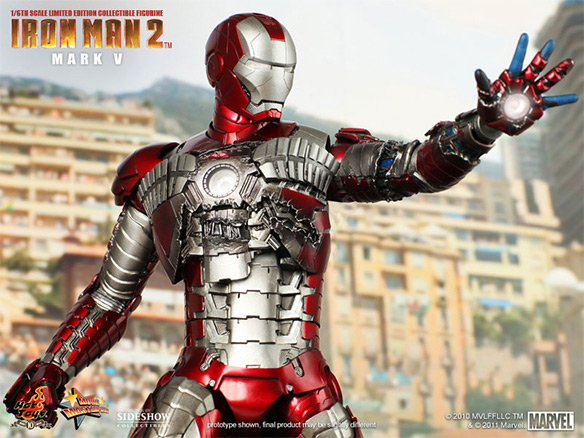 While the rest of Stark’s power suits add a little bulk and heft to him, the red-and-silver Mark V lets the playboy billionaire maintain his svelte look while he throws down with the super-powered bad guys… and a playboy never wants to look too bulky, no matter what the situation is. 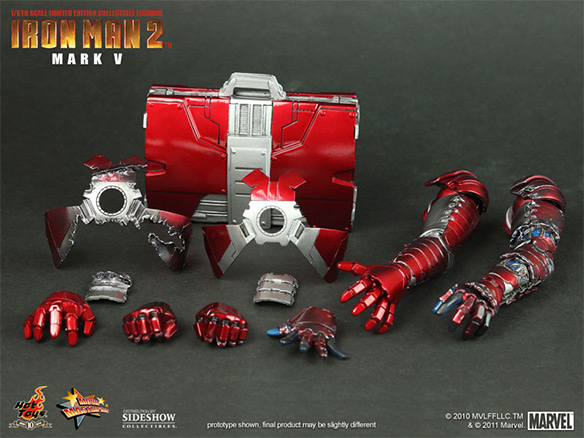 Start building your own collection of high-tech armor with the Iron Man Mark V Sixth Scale Figure for $209.99 from Sideshow Collectibles. (Update: Link removed because this page no longer exists.)