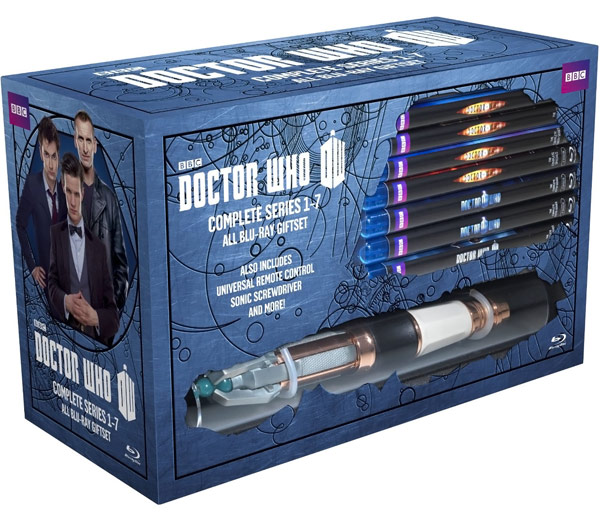 Doctor Who returned as a TV series in 2005, and three different incarnations of the Time Lord have had a lot of adventures since then, and Whovians can relive each and every one of them with the Doctor Who: The Complete Series 1-7 Limited Edition Blu-Ray Giftset.

BBC Home Entertainment has, for the first time ever, put together a box set that includes all seven series of the new Doctor Who, with the time-spanning journeys of Christopher Eccleston (Ninth Doctor), David Tennant (Tenth Doctor), and Matt Smith (Eleventh Doctor) captured on 1080p high-definition Blu-ray.

You’ll need a way to crank up the volume and replay your favorite Doctor Who moments, which is why the gift set also comes with a Doctor Who Universal Remote Control Sonic Screwdriver.

The Doctor Who: The Complete Series 1-7 Limited Edition Blu-Ray Giftset will be available November 5, 2013 but can be pre-ordered now for $314.99 at Amazon.com and for $349.98 at BBCAmericaShop.com.