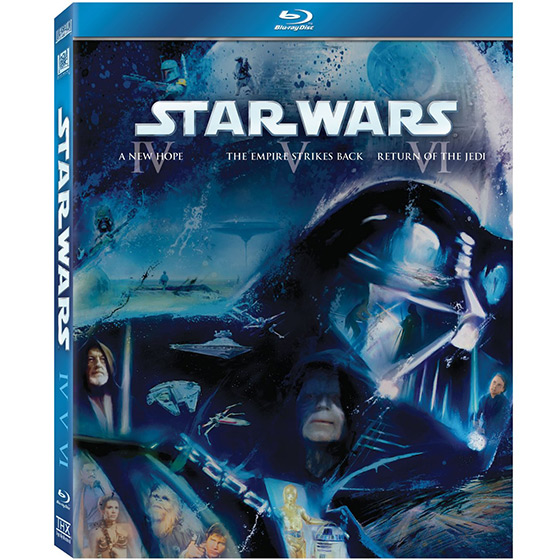 When it comes to the Star Wars films, most people greatly favor the Original Trilogy over the Prequels. If you’re one of these people and you can’t afford to buy The Complete Saga, then the obvious choice is to settle for Star Wars: The Original Trilogy on Blu-ray. (You can always buy the Prequels on Blu-ray at a later time.) These Blu-ray boxed sets were all released today, Friday, September 16, 2011, finally giving us the opportunity to watch Star Wars with high definition video and audio whenever we want. Time to enjoy A New Hope, The Empire Strikes Back, and Return Of The Jedi in all their glory.

Just because you really want to buy this boxed set, doesn’t mean you should pay the full price of $69.99. We’ve compared prices at some of the top online retailers to find you the lowest prices and best deals. You can actually save $30 off (a savings of 43%) at some stores that are selling this for only $39.99 with free shipping.

If you want Star Wars: The Original Trilogy on Blu-ray, I’ll bet now is a good time to buy. After a week or two it will probably be much harder to find such discounted prices.