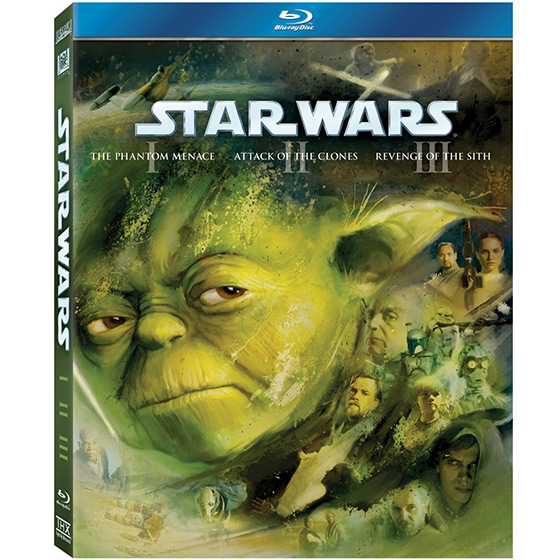 As part of the Star Wars Blu-ray releases today (Friday, September 16, 2011), Star Wars: The Prequel Trilogy on Blu-ray is now available. Now I suspect most people would want The Complete Saga and I could see a lot of people opting for just The Original Trilogy, but I guess there are some people out there that will want only the Star Wars Prequels. If your favorite movies include The Phantom Menace, Attack Of The Clones, and Revenge Of The Sith, this box set is for you.

Just as with the other new Star Wars Blu-ray box sets, we’ve done the comparison shopping for you to help find the best prices at online stores. You’ll want a low price too, since the list price of $69.99 is quite expensive. The best deals we’ve found are as low as $39.99, which is $30 (43%) off the list price.