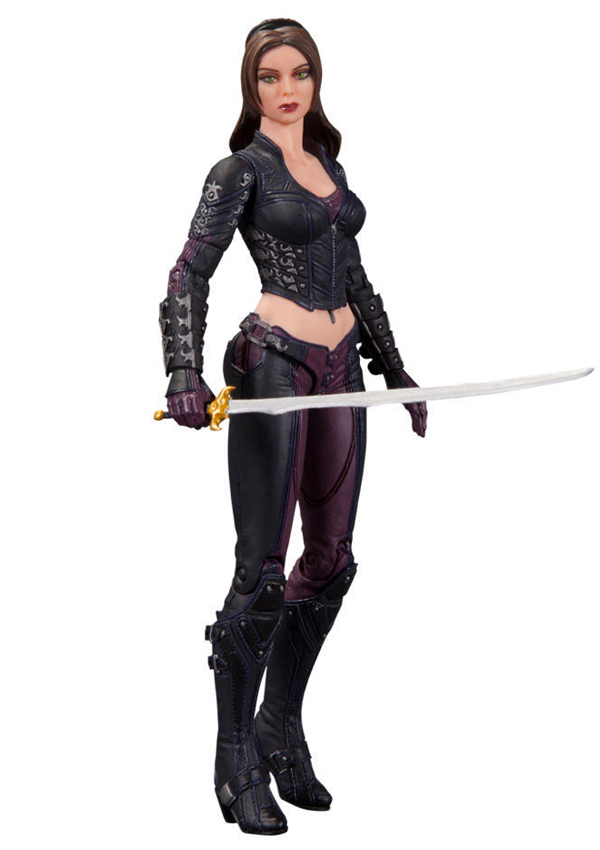 When it comes to Batman’s seemingly endless list of villains and allies and villains who are occasionally allies, one character seems to always get lost in the shadows, so let me introduce the Batman Arkham City Series 4 Talia al Ghul Action Figure.

Poor Talia. She always seems to end up behind the likes of Harley Quinn, Poison Ivy, and Catwoman when it comes to bat goodies, but she has a hold on Bruce Wayne/Batman that the others could only dream of because Talia is the only one that provided the Dark Knight with a bat-baby, otherwise known as Damian Wayne.

The Batman Arkham City Series 4 Talia al Ghul Action Figure is available for $20.99 at Entertainment Earth and $22.46 at the WBShop.com.

Batman Arkham Asylum was a classic game and Mr. Freeze was one of the main villains featured in that game. Now you can own this Batman Arkham City Mr. Freeze Deluxe Action Figure. He is so nicely detailed he looks like he just stepped out […]

The Batman Arkham City Escape Board Game is a two-player game where Batman goes up against his greatest foes: Villains like The Joker and Harley Quinn, Poison Ivy and The Riddler, as they try to escape Arkham City! One player is Batman, and the other […]