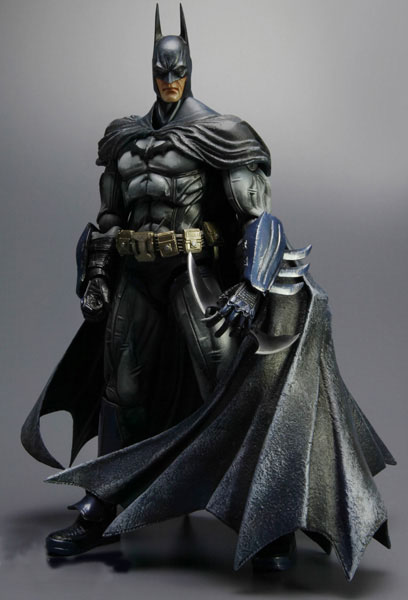 Hey Dark Night fans, the ultimate Batman action figure has just been announced and is set to be released in February 2012. Designed by Square-Enix, this Batman Arkham Asylum Play Arts Kai Action Figure is highly detailed with over 26 points of articulation, removable weapons, cape and interchangeable hands for serious battle action.

Batman fans will love how this protector of Gotham City has well-trained muscles, suit texture, and wrinkles that have been accurately rendered to the smallest detail. 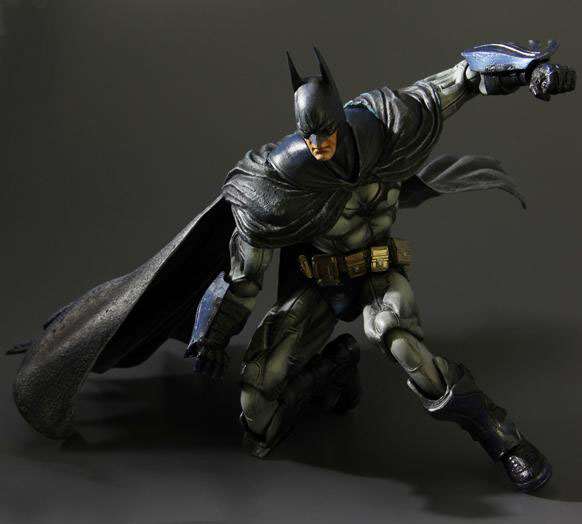 It’s a madhouse… and the lunatics are running the asylum. Only the caped crusader can put a stop to the bedlam on Arkham! Take home this super-detailed and articulated Batman Arkham Asylum Play Arts Kai Action Figure that stands approximately 9 1/3-inches tall and comes in a displayable window box. Batman features over 26 points of articulation and includes interchangeable hands and weapons from the game, and the unsurpassed quality of the paint application and texture is to die for! He’s a must for all Batman fans. 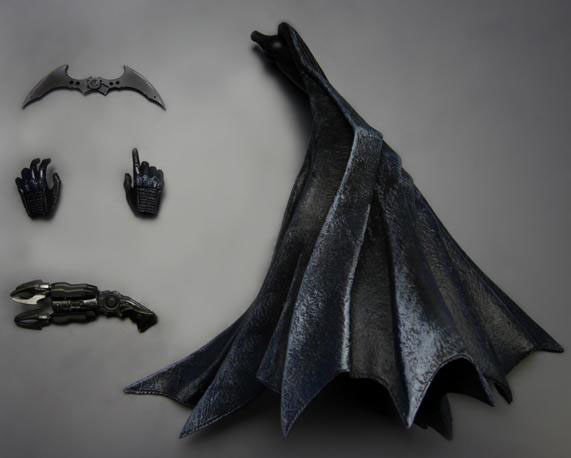 The cape that is dark as night realistically flows from his shoulders. The cape is made of a flexible material, and two types are included so to pose the figure in static and action poses.

You can pre-order your Batman Arkham Asylum Play Arts Kai Action Figure at Entertainment Earth for $59.99.