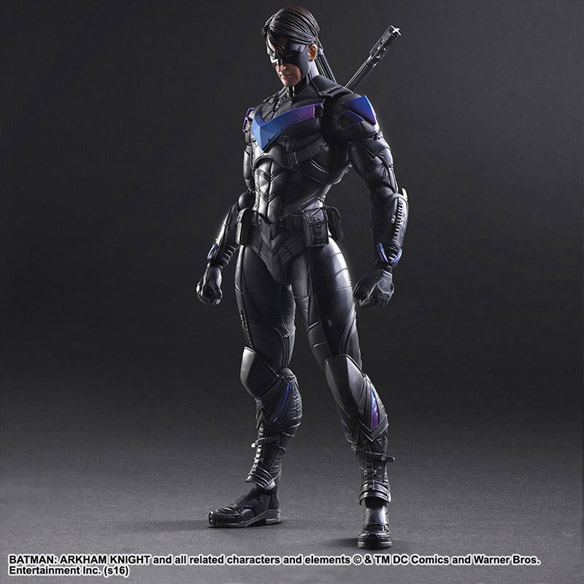 The Boy Wonder is all grown up and ready to take on the villains of Gotham City with the Batman Arkham Knight Nightwing Play Arts Kai Action Figure.

Standing approximately 10 1/2-inches tall, the man who used to be Robin has adopted a look that’s almost as fierce as his mentor’s, and this Play Arts Kai version of Nightwing makes him look even more intimidating. Armed with Escrima Sticks (extended and retracted), interchangeable hands, and a batarang (or whatever he calls it), Dick Grayson’s masked alter-ego is ready to take on the madness of Arkham Knight.

The Batman Arkham Knight Nightwing Play Arts Kai Action Figure will be available September 2016 but it can be pre-ordered now for $129.99 at Entertainment Earth.

There’s never been a better time to add Harley Quinn to your collection. This Batman: Arkham Knight Harley Quinn Play Arts Kai Action Figure comes with several accessories and looks amazing. She comes with an interchangeable head, hair pieces, a gun, a bat, and the […]