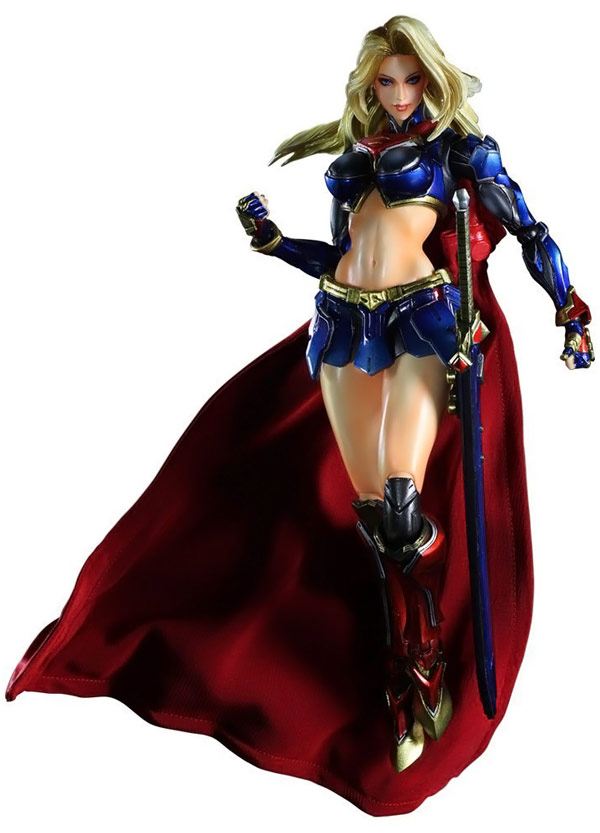 Superman’s cousin gets armored-up with the Supergirl DC Comics Play Arts Kai Variant Action Figure, with the character looking even tougher than she does with her original style.

Since she’s still the Girl of Steel, Supergirl can dare to bare a little more skin than is normally recommended when fighting the forces of evil but the little clothing she does wear looks more like armor than regular clothing.

Another item that is probably pointless in the hands of someone from Krypton – but it still looks bad-ass – is the impressive sword Supergirl now carries with her.

The 9-inch-tall action figure comes with a special effect accessory to illustrate super-fast flight, and an interchangeable face piece with an angry expression.

The Supergirl DC Comics Play Arts Kai Variant Action Figure will be available May 2014 but it can be pre-ordered now for $89.99 at Entertainment Earth, $80.99 at Alter-Ego Comics and for ￥ 8,055 at Amazon.co.jp.