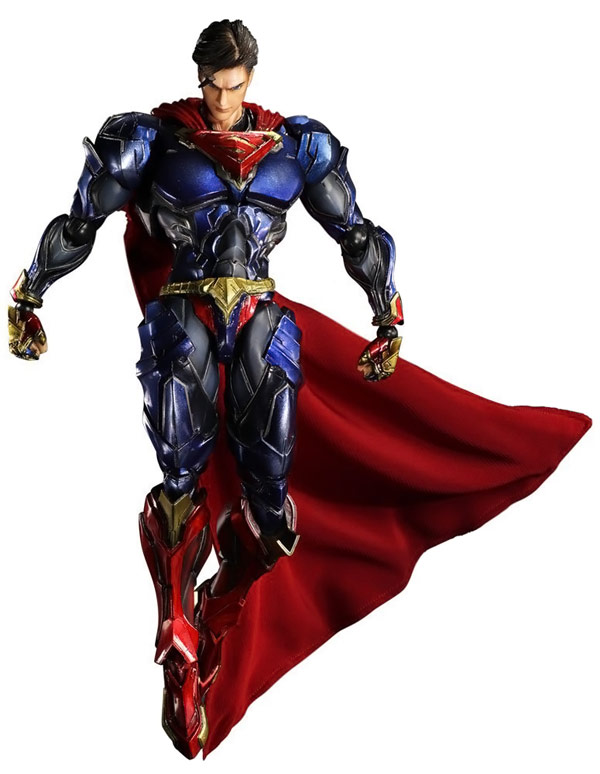 Superman is an icon to many, being the character that introduces so many people to the world of comic books, so messing with his style is always a risky venture. Heck, there are still people upset over Supes losing the red undies when the ‘New 52’ look happened.

Still, you have to agree that this Variant form of Superman scores high in the intimidation department.

Unlike the Supergirl DC Comics Play Arts Kai Variant Action Figure, this version of the last son of Krypton doesn’t have any weapons included but he does come with a display stand, a special effects accessory, two sets of hands, an interchangeable ‘angry’ face piece, and two capes: one made of plastic material and one made of cloth with internal wires for posing.

The Superman DC Comics Play Arts Kai Variant Action Figure will be available May 2014 but can be pre-ordered now for $89.99 at Entertainment Earth and $80.99 at Alter-Ego Comics. Also look for it at Amazon.co.jp.