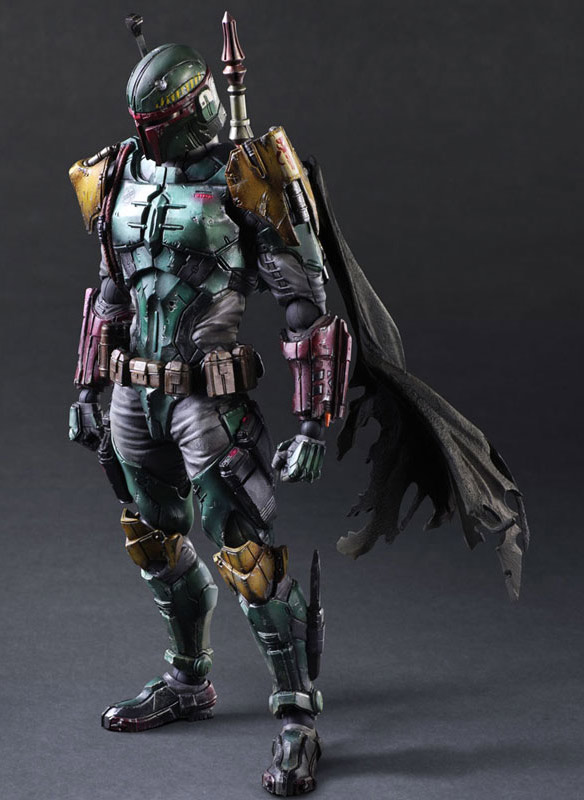 It’s not easy to make Boba Fett appear more intimidating than he already is but the Star Wars Play Arts Kai Boba Fett Variant Figure proves that it can actually be done.

Standing 10-inches tall, the deadliest bounty hunter in the galaxy gets an eye-catching Square Enix twist with a Bobe Fett that looks like sharp edges, awesome weapons, and stylized armor. He’s prepared to hunt for the riskiest bounty in the stars, with accessories that include a wide variety of weapons, interchangeable hands, and a base for the figure to stand on.

The Star Wars Play Arts Kai Boba Fett Variant Figure will be available July 2015 but it can be pre-ordered now for $124.99 at BigBadToyStore.com.