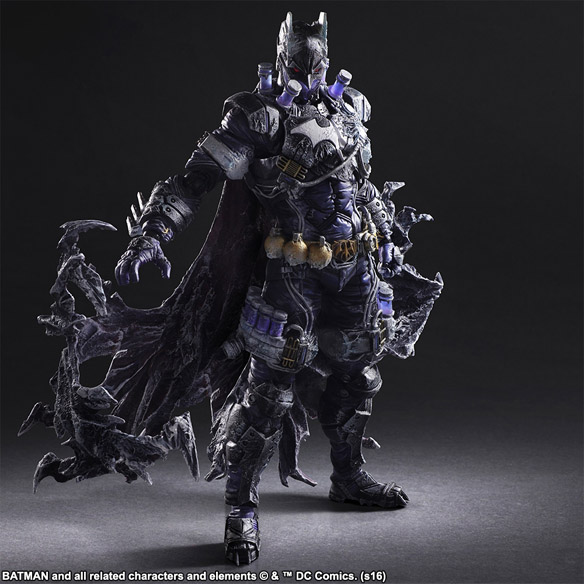 Standing approximately 10 2/5-inches tall, this variant figure features Mr. Freeze as Batman, with the familiar Batsuit given a few cool upgrades to accommodate the sub-zero villain. In addition to a textured effect that gives the impression of the suit being frozen, the figure also comes with a batarang designed to resemble an ice axe and a freeze gun that has a tank on the bottom of it that can be detached and linked to his waist with a connecting tube, giving the captain of cold a super-chilly boost of icy power.

The DC Comics Batman Mr. Freeze Rogues Gallery Play Arts Kai Variant Action Figure will be available May 2017 but it can be pre-ordered now for $199.99 at Entertainment Earth.

Sometimes a hero, sometimes a villain, always cool. The Marvel Universe Venom Variant Play Arts Kai Action Figure wants to play… but not in a symbiotic eating brains kind of way. Standing 10-inches tall, the anti-hero with the living costume is ready to leap into […]