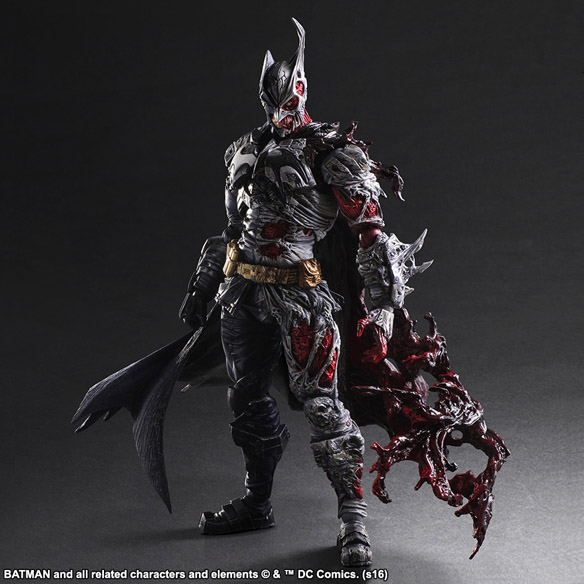 Standing 11 1/2-inches tall, half of this figure looks the way you’d expect a Batman figure to look, but the other half reveals a dark and twisted fate, with both the costume and the man beneath it scarred beyond recognition. The figure even comes with an interchangeable grinning face and hands so that he can be posed doing Two-Face’s signature coin toss. Will this Batman fight crime or help it? It all depends on how the coin lands.

The DC Comics Batman Two-Face Rogues Gallery Play Arts Kai Variant Action Figure will be available January 2017 but it can be pre-ordered now for $199.99 at Entertainment Earth.

Batman would totally own Westeros if he were in Game of Thrones so it’s only right that the Batman Game of Rogues T-Shirt shows the Dark Knight sitting upon a throne made from the items obtained from his fallen adversaries. Bruce Wayne’s dark alter-ego has […]