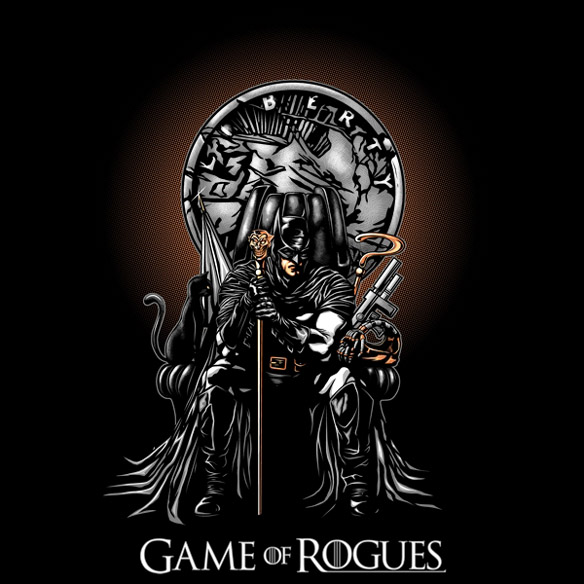 Batman would totally own Westeros if he were in Game of Thrones so it’s only right that the Batman Game of Rogues T-Shirt shows the Dark Knight sitting upon a throne made from the items obtained from his fallen adversaries.

Bruce Wayne’s dark alter-ego has made quick work of his Rogue’s Gallery, creating a nifty piece of furniture to rule Gotham from. Would the Caped Crusader actually name himself ruler? You have to figure there’s at least a small chance. After all, we’re talking about a rich guy who goes around at night dressed like a giant rat with wings.

The highly-detailed artwork, created by Ninjaink, features Batman sitting upon a throne created from interesting items like Two-Face’s giant coin, the Riddler’s cane, and Bane’s mask. There’s even a cat statue, although I’d be willing to bet the Bat made Selina Kyle his queen in this scenario. 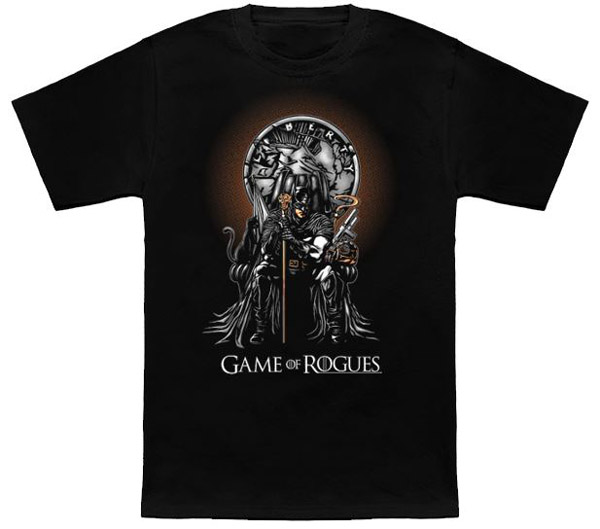 The Batman Game of Rogues T-Shirt is available for $19.95 at NeatoShop.

This Batman: The Animated Series Light-Up GCPD Rogues Gallery Action Figure 5-Pack has some great packaging. It makes it look like they are behind bars in the GCPD. You get Renee Montoya who is surrounded by some of Gotham City’s greatest villains. The set comes […]

Game of Gnomes: The Throne of a Thousand Shovels

Forget about Game of Thrones and that pointy Iron Throne because this is Game of Gnomes: The Throne of a Thousand Shovels. (cue awesome intro and music) What? No awesome intro or music? Fine! After the Zombie Apocalypse Garden Gnomes began ravaging the land, all […]