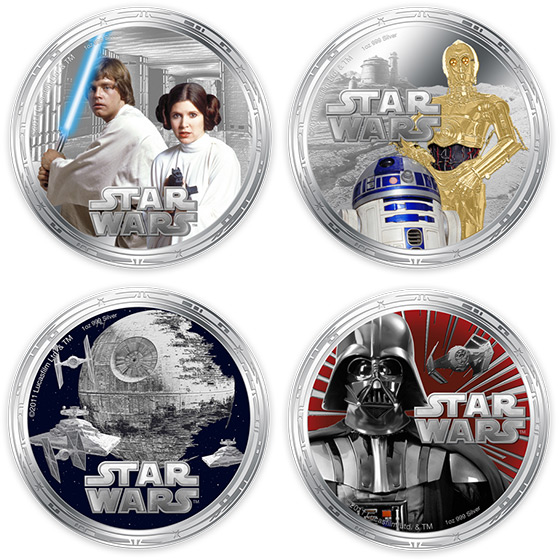 If you’re a coin collector and a Star Wars fan, you won’t find anything better than these new Star Wars Collectible Silver Coins. These coins are actually legal tender (i.e. real money), at least in the tiny island country of Niue, come with an individually numbered certificate of authenticity, and are being minted in limited quantities by the New Zealand Mint. These Star Wars coins are either 1 ounce of pure silver or silver plated, depending on which ones you order. The pure silver coin sets come in awesome Darth Vader head or Millennium Falcon packaging. 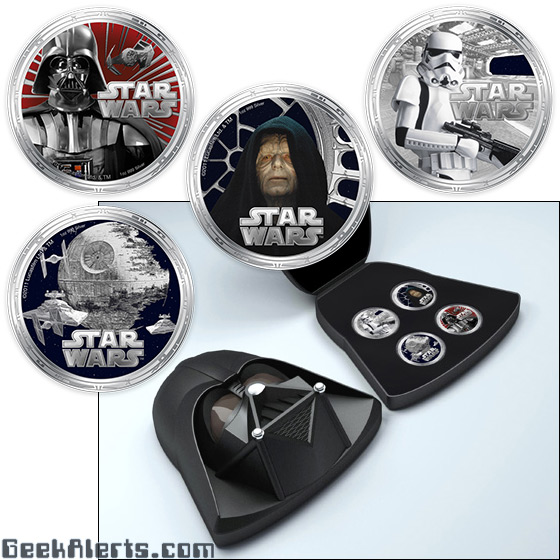 The Darth Vader coin set features four 1 ounce silver coins featuring full color images of Darth Vader, the Death Star, a Stormtrooper, and Emperor Palpatine. Each 40mm coin is a $2 legal tender coin in the country of Niue. They are minted in Fine Silver 999 by the New Zealand Mint with a proof like finish, and are limited to no more than 7,500 of each coin. (FYI – The New Zealand Mint is a private company and not the institution that produces money for the country of New Zealand.) This Star Wars coin set is packaged in a Darth Vader head. 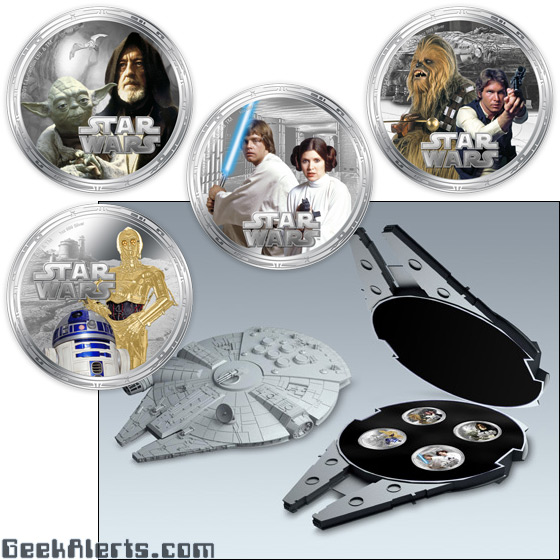 The second Star Wars silver coin set is the Millennium Falcon Coin Set, so named because they are packaged in a Millennium Falcon starship. Like the dark side coins above, these are each 40mm in size with one ounce of silver and are worth $2 in Niue. Of course they are meant to be collected, not used to buy a Red Bull if you happen to by on Niue Island. These coins have full color images of popular character duos: Luke Skywalker / Princess Leia, Han Solo / Chewbacca, R2-D2 / C-3PO, and Obi-Wan Kenobi / Yoda. 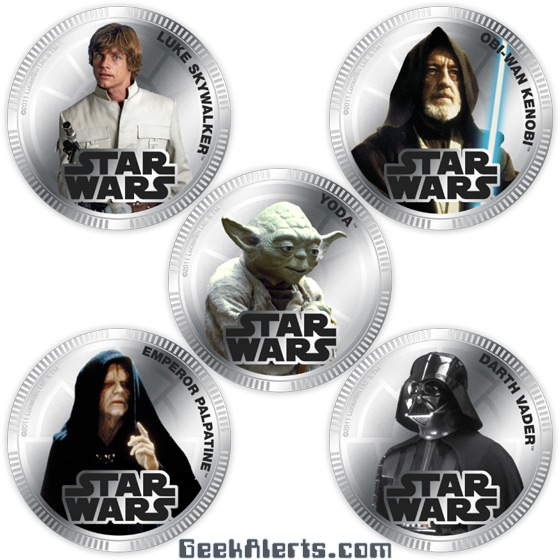 Silver coins are expensive, especially these days when precious metal prices are at such lofty prices. The New Zealand Mint thought of that, and they are also offering ten affordable Star Wars coins that are silver plated. These 10 different collectible coins feature Darth Vader, Luke Skywalker, Princess Leia, Han Solo, Chewbacca, R2-D2, C-3PO, Obi-Wan Kenobi, Yoda, and Emperor Palpatine. They are also a limited edition minting, but with a higher limit of 50,000 per coin. 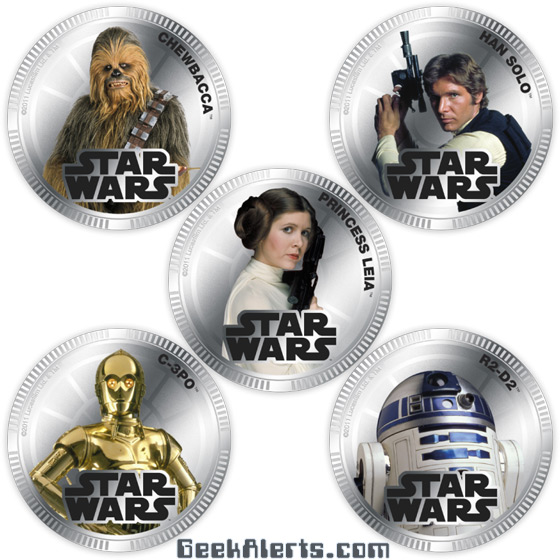 Pre-order the Darth Vader Coin Set and Millennium Falcon Coin Set for $390 each at NZMint.com. The Star Wars Silver Plated Coins are about $20 each. It appears the prices are based off of the New Zealand Dollar, so prices based on US Dollars will fluctuate as currency exchange rates change. They are scheduled to being shipping in November 2011.