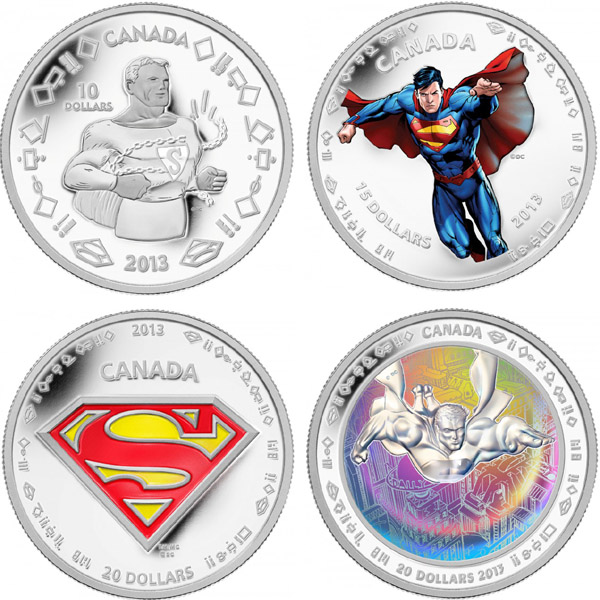 Superman might be the Man of Steel, but now he’s also the Man of Gold and the Man of Silver thanks to the Gold and Silver Canadian Superman Coins, which let you slip this iconic hero into your pocket so you can tote him anywhere.

Okay, seriously, you probably will not want to actually carry any of these coins with you. Can you imagine being distracted by an interesting tweet that pops up on your smartphone and accidentally handing one of these over while buying a burger?

The seven coins, created by the Royal Canadian Mint, feature Superman in a variety of looks, ranging from his Golden Age appearance in Superman #1 all the way to his New 52 look. There’s even a lenticular coin that lets you see the Man of Steel with either his Golden Age look or his more modern look that he had before DC Comics’ latest reboot. 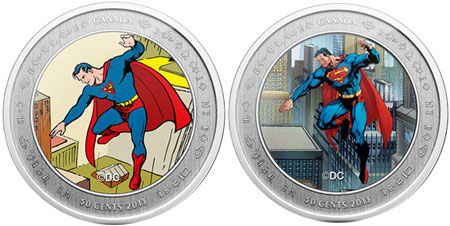 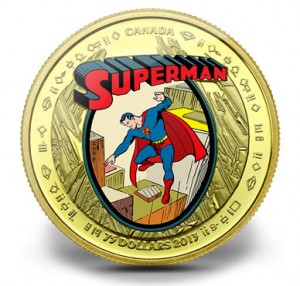 The really big spenders can bypass the silver and go straight for the gold… as in 14-Kt. gold.

A lot of people prefer going topless, me included–when it comes to shoes, that is. It’s those times when your feet are feeling unusually swollen or when you just want your toes to feel cooler, since the weather’s already hot enough as it is. And […]

Let the Man of Steel add some of his Kryptonian strength to your coin collection with the Superman Comic Book Cover Coins. Whether you like the Man of Steel as he first appeared in Action Comics #1 or prefer Supes’ New 52 look, there’s a […]

Superman has more important things to do than keep the papers on your desk from flying away, so while he is out saving people who are in real trouble, this Superman Returns Gold and Silver Plated Paperweight will keep your papers where they are. It […]