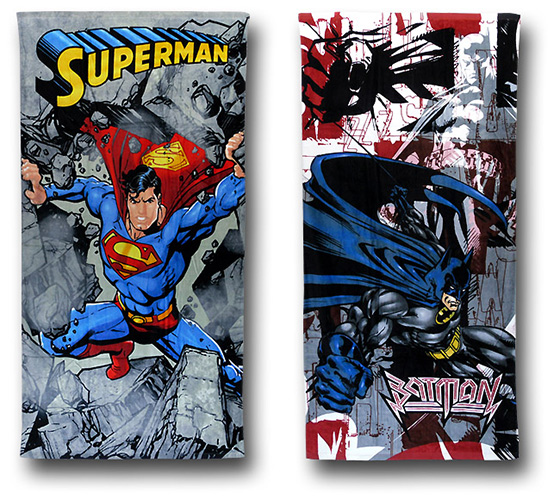 Show your superhero style on the beach with any of these new Batman and Superman Beach Towels. There are 3 Superman styles and 3 Batman styles to choose from, so whether you are a fan of the Man of Steel or the Caped Crusader, you have cool designs to choose from.

A Superman Symbol Beach Towel? Perfect! Now anybody who asks you “Hey what’s that on your towel?” gets a wet towel super-snap! Unless there’s a starfish on your towel, always look first, no Starro, then super-snap. This towel features the classic, iconic, world renowned, and heralded symbol of Superman! 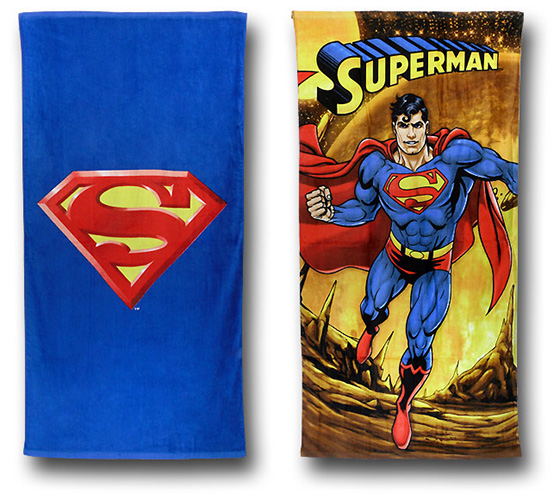 Does the term “action towel” seem a bit…odd to you? Well, take a look at this Batman Rushing Beach Towel! “Action towel” makes sense now, doesn’t it? This 100% cotton towel with it’s colorful graphics, fab Batman image and symbol is actually 30 inches by 60 inches! Now get in there and towel yourself off in an action packed, exciting manner! 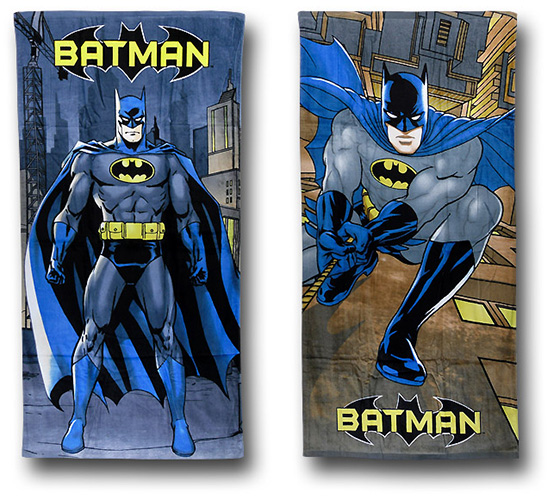 Each of these Superman and Batman beach towels measure 30″ by 60″ and are made from 100% cotton. They come in the following six styles and are available for $14.99 each at SuperHeroStuff.com:

Hand towels are a cheap and easy way to decorate and express yourself; and they help lower your paper towel usage. The Geek Hand Towels are made from 100% cotton and come as a set of two. Each towel is 28″ x 26″ and features […]

Greedy pigs have learned that stirring anger amongst birds means war. Greedy pigs are quickly learning that it’s wise not to anger chefs in the kitchen, either. When you stick your paper towel roll on the IGGI Angry Chef Paper Towel Holder, it serves as a good reminder to greedy pigs to clean […]