Do you have young kids that you want to introduce to Star Wars, but think they may not be ready for the LEGO Super Star Destroyer or the LEGO Death Star.  If so, GeekAlerts has you covered.  The Star Wars Playskool Millennium Falcon will provide your kids with hours of Star Wars action.  This Millennium Falcon lets your kids enjoy hands on action of the fastest ship in the galaxy and even comes with a Han Solo & Chewbacca figure.  When the flying is done, just pop the top and enjoy the highly detailed interior with secret compartment. 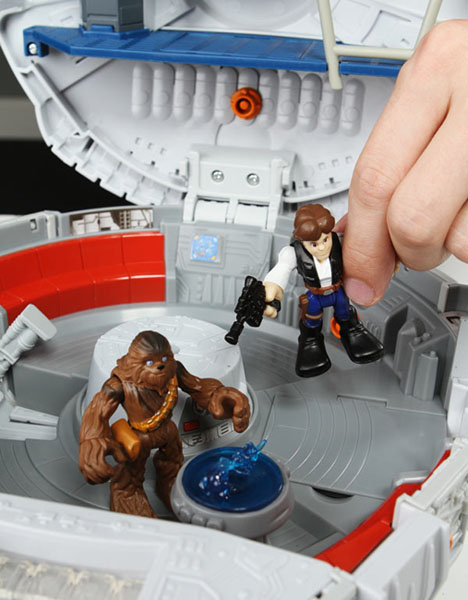 You can purchase the Star Wars Playskool Millennium Falcon at ThinkGeek for $49.99.