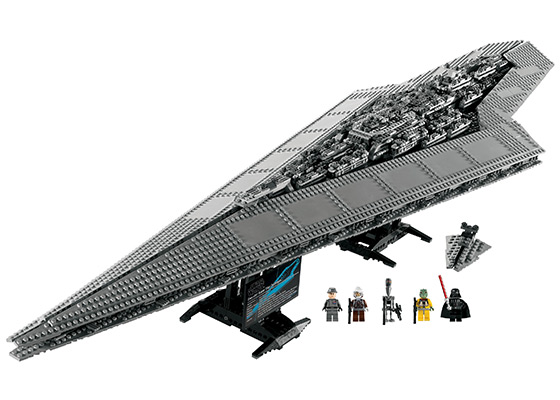 Just like an “actual” Super Star Destroyer, this Lego set is also huge. It features over 3,000 pieces, is almost 50″ long (4+ feet long!), and weighs about 8 pounds. The center section lifts off to reveal a command center, and the set comes with 5 minifigures: Darth Vader, Admiral Piett, Bossk , Dengar, and an IG-88. 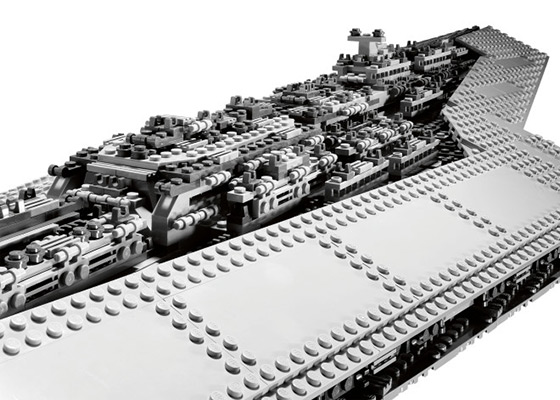 The Super Star Destroyer Executor has arrived! This jaw-dropping vessel is the personal flagship of Darth Vader, and serves as command ship at both the Battle of Hoth and the Battle of Endor. With its classic dagger-shaped design, the Executor is among the largest and most powerful vessels in the Star Wars galaxy. 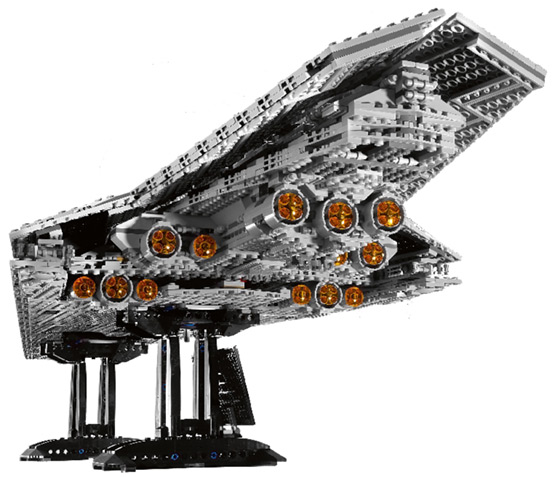