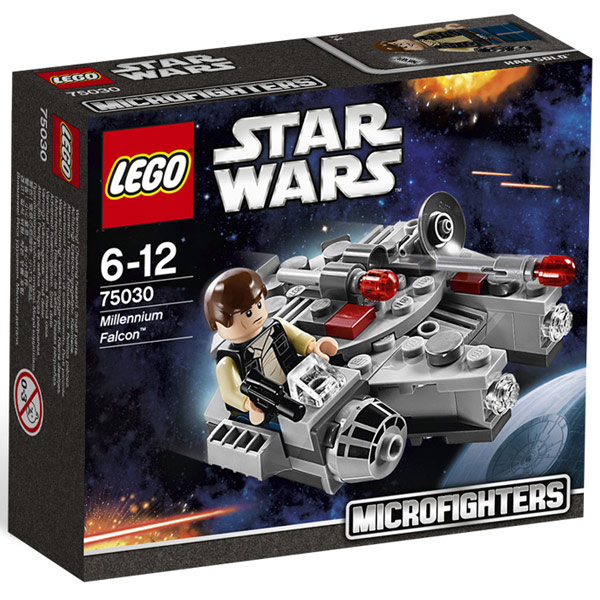 Get ready to do the Kessel Run in 12 parsecs… in your pocket. Sure, it sounds like a weird idea but it could probably be done with the LEGO Star Wars Microfighters 75030 Millennium Falcon, which comes complete with a miniature Han Solo, because what good is the best ship in the galaxy without the best captain to fly it?

Based on the LEGO Star Wars Microfighters video game, this mini version of the Falcon features a quad laser cannon with two flick missiles and a mini cockpit that mini Han Solo can actually sit in. Oh… did I mention Solo comes with a blaster? No good smuggler leaves home without his trusty sidearm. 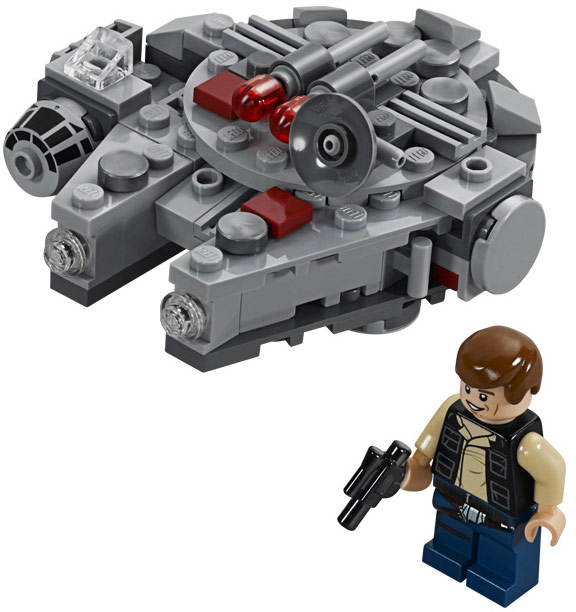 The LEGO Star Wars Microfighters 75030 Millennium Falcon is available for $9.99 at Entertainment Earth and the LEGO Shop, and $12.50 at Amazon.com.