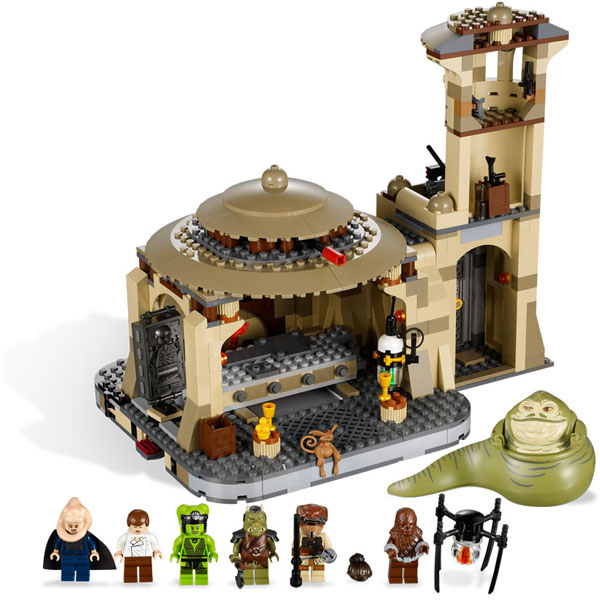 Maybe you wear the Inflatable Jabba the Hutt Costume or maybe you just enjoy his style; either way, everyone has to love Jabba…Okay. Han doesn’t, but he has a legitimate gripe. For the rest of us, the LEGO Star Wars Jabba’s Palace set is a great way to reenact that famous scene where Han is frozen in carbonite.

This 717 piece set will provide LEGO and Star Wars fans hours of fun. Play with the 9 included minfigures, stick Han in the included carbonite, work the infamous trap door and create your own Jabba battle scenes. Once completed, the palace will roughly measure 9″ tall x 11″ wide x 7″ deep. 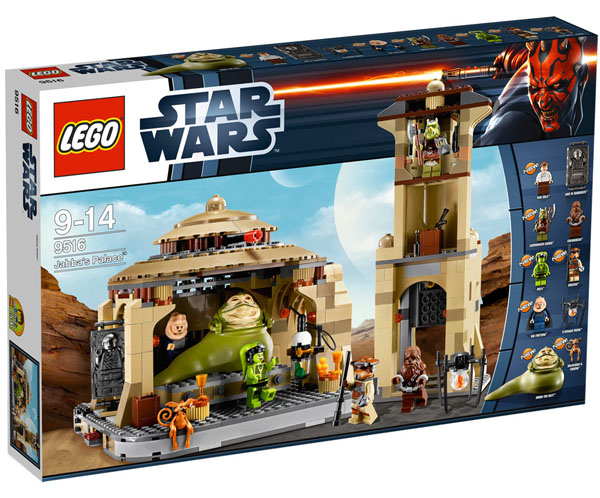