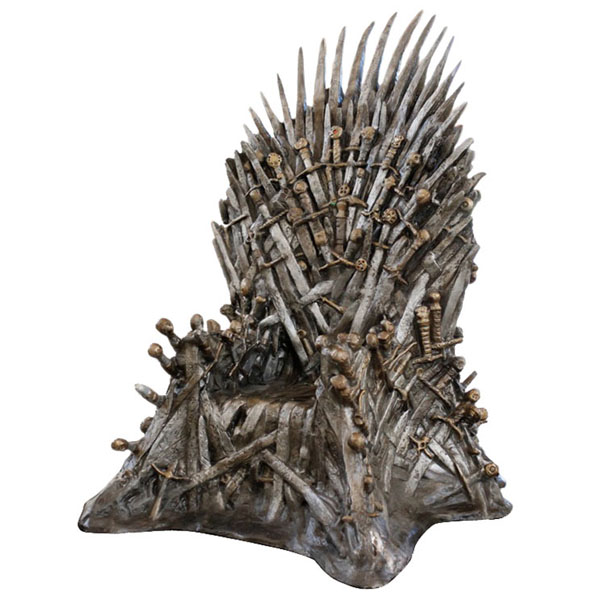 If you’re a fan of the HBO Game of Thrones series, based on George R. R. Martin’s fantasy series A Song of Ice and Fire, then you’re going to appreciate the Game of Thrones Replica Iron Throne. Thankfully not as dangerous as the original one made by Aegon I, but impressive none the less. Measuring over 7′ in height, close to 6′ in depth, 5.5′ in width and weighing 350 pounds, this throne is going to be the centerpiece of any room in your house.

This custom throne is designed to mimic the Iron Throne of the Seven Kingdoms that was constructed by Aegon Targaryen, the first king of the Seven Kingdoms. Made of hand-finished, hand-painted fiberglass and fire-proof resin, this replica should be more comfortable than the original, which was said to be made from a thousand surrendered swords that were still quite sharp. 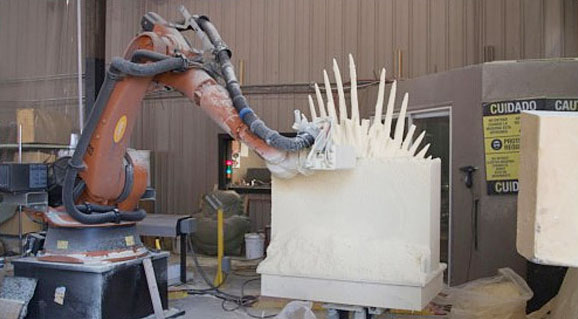 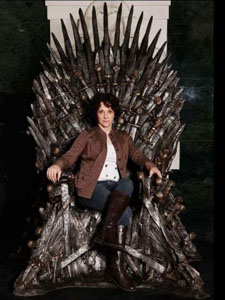 You can purchase the Game of Thrones Replica Iron Throne at HBO Shop for $30,000 (not including shipping) and at Firebox.com for €24,784.

Only the mighty can drink from the Game of Thrones Iron Throne Tankard. Beer, water, milk, coffee (it is suitable for hot and cold drinks) — no matter your beverage of choice — you’ll look stronger when you’re drinking out of this detailed tankard. As […]

The Game of Thrones Iron Throne 3D Crystal Replica is a throne worth fighting over. It is a visual treat since gold light illuminates the delicate, laser-etched swords of the iconic Iron Throne from the HBO series, Game of Thrones. It is a solid glass […]

When your personal library is filled with so many books the shelves bend under their weight, it takes something like the Game of Thrones Iron Throne Bookend to keep things organized. Made of polystone and weighing almost 4 pounds, this 7 1/2-inch-tall, officially-licensed bookend features the […]