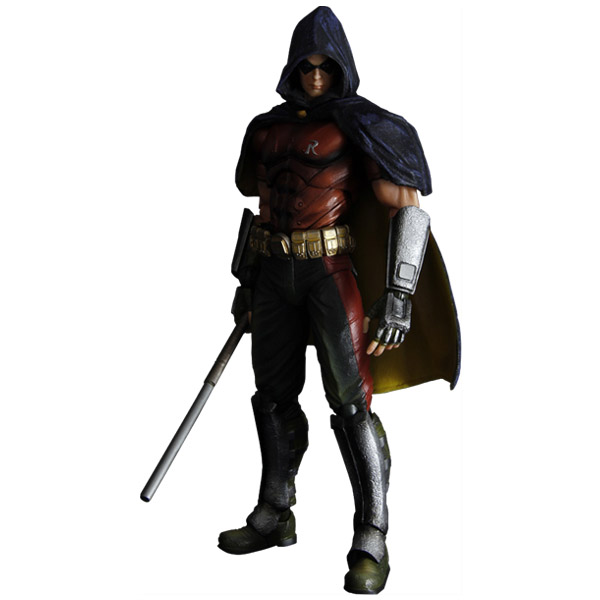 The Boy Wonder is all grown up, with the Arkham City Robin Play Arts Kai Action Figure making him look almost as fear-inspiring as his bat-eared mentor.

Arkham City is no place for a kid wearing elf booties and green shorts so it’s a good thing Batman’s sidekick stepped up his game, with an armored look that includes a hooded cape that allows him to keep his face in shadow. Did anyone else think the domino mask was a massive fail when it came to keeping his identity secret?

The figure, which has over twenty-six points of articulation, comes with interchangeable heads and hands, as well as Robin’s signature weapon, the bo staff.

The Arkham City Robin Play Arts Kai Action Figure is available for just under $60 at Sideshow Collectibles and the WBShop.com.