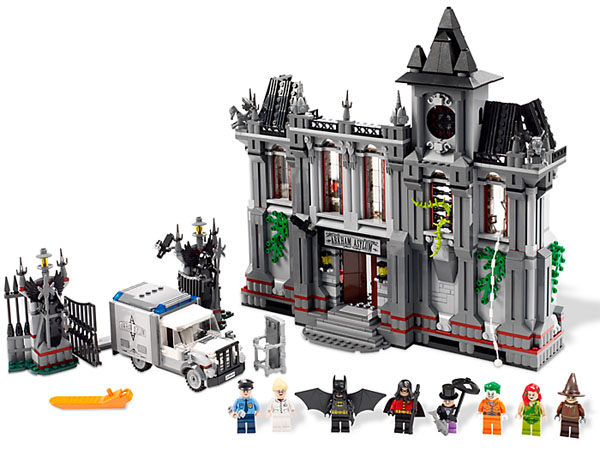 GeekAlerts loves LEGO building blocks and we’ve shown you several cool sets in the past like the upcoming LEGO DC & Marvel Super Heroes sets. But the soon to be released, Jan 1st, LEGO Batman Arkham Asylum Breakout set is sure to be the biggest hit so far in this Super Heroes series. Build the Arkham Asylum and decide if Batman and Robin can put the 5 famous villains back behind bars in the 8-room Arkham Asylum. 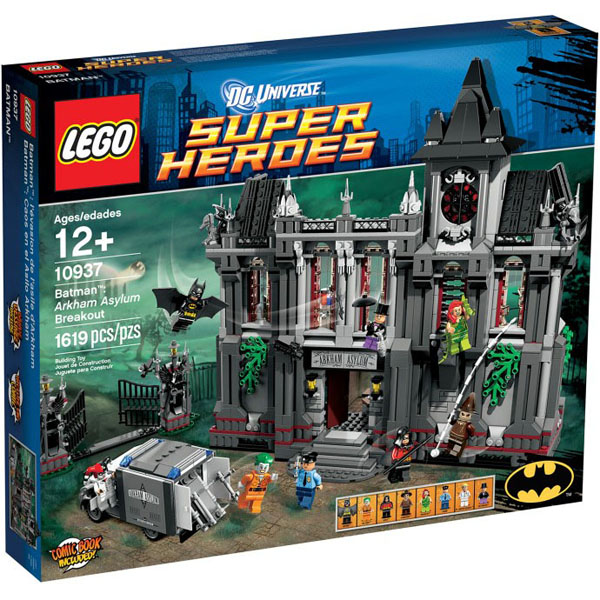 The villains have broken out of Arkham Asylum and must be stopped!
Sound the alarm! The Joker, The Penguin, Poison Ivy and Scarecrow have escaped from Arkham Asylum with the help of Dr. Harleen Quinzel. These villains are about to wreak havoc in the streets of Gotham City! Help Caped Crusaders Batman™ and Robin swoop into action and put those good-for-nothing criminals back where they belong! Chase after the security van as it breaks through the gothic gates! Then throw each villain back behind bars in 8 highly detailed rooms. Includes 8 minifigures: Batman™, Robin, The Joker, The Penguin, Poison Ivy, Dr. Harleen Quinzel, Scarecrow and a guard, all with assorted weapons or accessories.

Look for the LEGO Batman Arkham Asylum Breakout set to be a hot seller on its release date of January 1, 2013. You’ll be able to purchase it at the LEGO Shop for $159.99. It should also be available at Amazon.com.

You have to love those old Volkswagen camper vans. They are such a vehicle of their time and they transported countless hippies to countless love-fests and festivals. And now LEGO is honoring the vehicle with this LEGO Volkswagen T1 Camper Van set.

We posted about this Lego VW Camper Van a while back, when it was first announced. Many people liked that post, so we wanted to alert you that today the Lego Volkswagen T1 Camper Van #10220 went on sale at LegoShop. I don’t know what […]