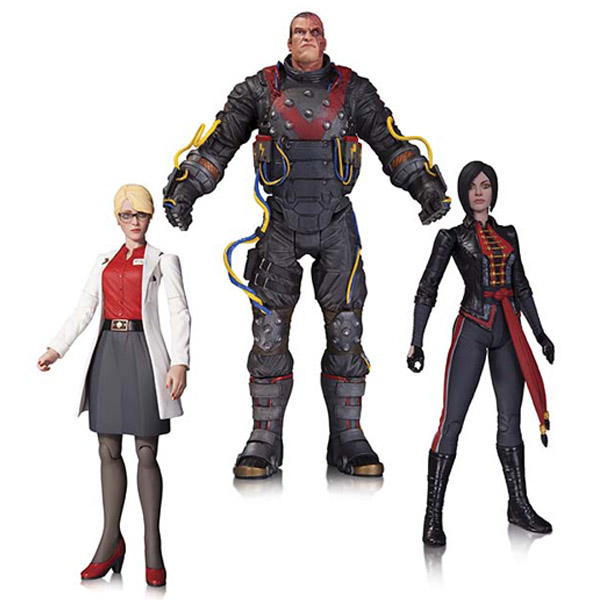 Based on designs from the Batman: Arkham Origins video game, these three characters are ready to cause trouble for the Dark Knight. While Electrocutioner and Lady Shiva are cool, since they’re two of the assassins hired by Black Mask to confront Batman, my personal favorite of the trio is Harleen Quinzel, because it’s a rare look at Harley Quinn before she gets into her iconic red and black harlequin outfit, although you might notice she still has a thing for those two colors.

The Batman Arkham Origins Electrocutioner, Harleen Quinzel, and Lady Shiva Action Figure 3-Pack will be available December 2015 but it can be pre-ordered now for $64.99 at Entertainment Earth.

A lot of us look up to our favorite caped superheroes, but inadvertently we often forget about our humble hometown heroes like the school lunch lady. Adam Sandler first took the initiative to dedicate a song to the one who ensured that there was always […]

Is death coming for you? You’ll hope the answer is yes if she looks like the Lady Death Premium Format Figure. Comic geeks know Lady Death started out as little more than eye candy for readers of the Evil Ernie comic books, the dark seductress […]

The DC Comics Multiverse Batman 1966 Arkham Origins 4-Inch Action Figure looks a little tougher than the classic and campy character that inspired it. You wouldn’t think the 1966 Caped Crusader would last long in the dark, gritty world of Arkham Origins but I believe […]