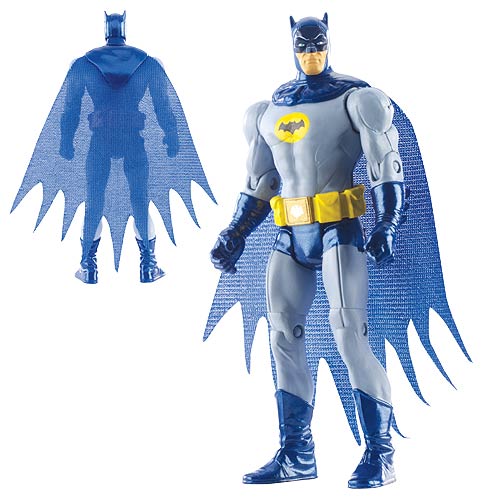 The DC Comics Multiverse Batman 1966 Arkham Origins 4-Inch Action Figure looks a little tougher than the classic and campy character that inspired it.

You wouldn’t think the 1966 Caped Crusader would last long in the dark, gritty world of Arkham Origins but I believe he can probably still take care of business. The 4-inch-tall figure, based on the 1966 Batman skin for the game, features a lot of detail and multiple points of articulation, but I have to admit I’m not 100% thrilled with the transparent cape.

The DC Comics Multiverse Batman 1966 Arkham Origins 4-Inch Action Figure will be available February 2015 but it can be pre-ordered now for $11.99 at Entertainment Earth.

What do you call a bad dream that Batman has? A knightmare. Ha! Tough crowd. Anyway, the Batman v Superman Multiverse Knightmare Movie Masters Action Figure lets you wrap your greedy little fingers around one of the best scenes of BvS. Whether you call him […]