Get ready to get down-and-dirty in the mean streets of Gotham City with the Batman: Arkham Origins Collector’s Edition, and find out what it was like to be Batman in the early days of his crime-fighting career.

Arkham Origins takes place several years before Arkham Asylum and Arkham City, offering a brand-new prequel storyline and tons of goodies that will thrill the most hardcore Bat-gamers, with some extra-special goodies included for those that pre-order. 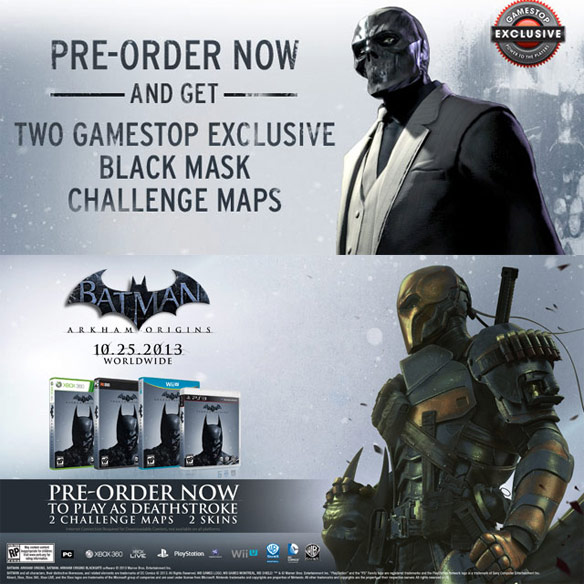 The Dark Knight is prepared for one of his toughest challenges with the Batman: Arkham Origins Statue. When a 50 million dollar bounty brings eight assassins out to kill him, Batman suits up to handle the challenge, and this highly-detailed 34.05-inch-tall statue shows that the […]

Freeze a moment from the Dark Knight’s early years with the Batman Arkham Origins Batman vs Deathstroke Curved Glass StarFire Print as the Caped Crusader takes on the Terminator. Measuring 10-inches-wide x 7-inches-tall, this bit of curvy goodness features an interesting training lesson for Bruce […]