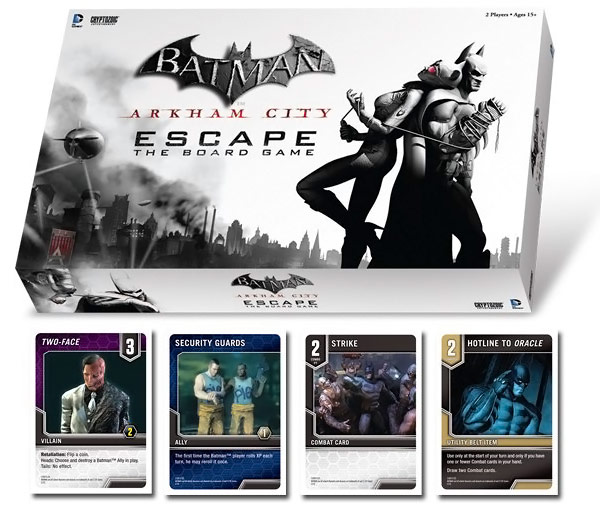 The Batman Arkham City Escape Board Game is a two-player game where Batman goes up against his greatest foes: Villains like The Joker and Harley Quinn, Poison Ivy and The Riddler, as they try to escape Arkham City!

One player is Batman, and the other player commands twenty members of Batman’s rogue gallery, where each villain has abilities exclusive to that character. Epic battles will take place when Batman and the villains occupy the same space. Batman uses his Utility Belt and Combat cards to kick butt.

The player controlling the inmates earns victory points by helping the villains escape Arkham, while Batman gains points by apprehending his rivals before they escape. Only £29.99 from Forbidden Planet.