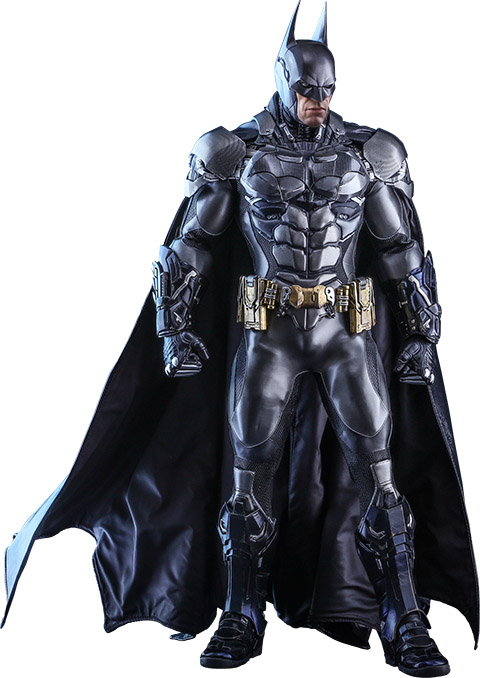 You thought the Caped Crusader was dark and gritty before? No, the vigilante of Gotham City was sunshine and moonbeams compared to how he is in the Arkham video game series.

We’ve had the Arkham City Batman figure and the Arkham Asylum Batman figure, but this armored 13.77-inch-tall figure is the most intimidating of all them, with Bat goodies like Batarangs, a grapnel gun, a disruptor gun, and even a gauntlet projector screen that lets him communicate with Oracle/Barbara Gordon.

The Batman: Arkham Knight Batman Sixth-Scale Figure will be available Oct 2017 – Dec 2017 but it can be pre-ordered now for $244.99 at Sideshow Collectibles.