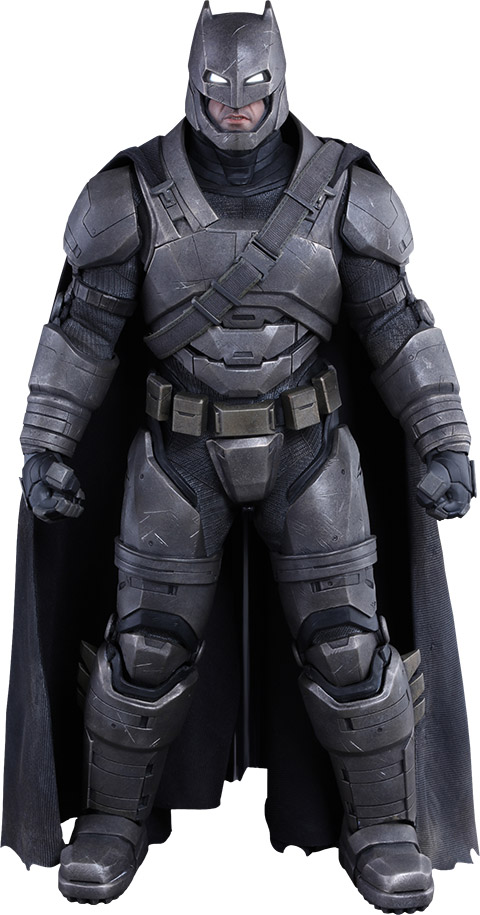 Bruce Wayne lives up to the Dark Knight name when he armors up as the Batman v Superman Armored Batman Sixth-Scale Figure.

Standing 13-inches tall, the Bat is ready to trade punches with the Kryptonian, armed with a grapple gun and a grenade gun, with features that include light-up eyes and 2 interchangeable lower face parts.

The Batman v Superman Armored Batman Sixth-Scale Figure will be available Aug 2016 – Oct 2016 but it can be pre-ordered now for $249.99 at Sideshow Collectibles.