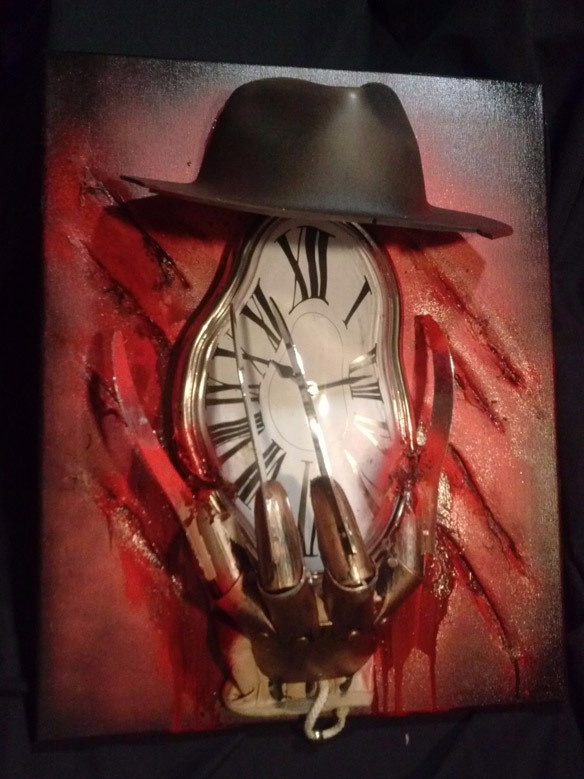 Pleasant dreams might become a thing of the past with the Freddy Krueger Nightmare Elm Street Functional Gore Clock, but at least you’ll know what time it is as you lay in bed, too terrified to move, wondering when Freddy might appear to claim his next victim.

If dreamcatchers stop bad dreams, this 16″ x 20″ clock is the exact opposite, featuring Freddy’s hat, his iconic claw glove, and a melted clock that looks like it came directly from one of Mr. Krueger’s twisted dreamworlds.

Don’t fall asleep. You might miss out on this Nightmare on Elm Street Freddy Krueger 18-Inch Bust. This movie-quality bust of Robert Englund’s Freddy Krueger is a limited edition. It includes a numbered plaque and certificate of authenticity. This bust stands 18-inches tall and looks […]

Funko turns pixel art into a nightmare with the Nightmare on Elm Street Freddy Krueger 8-Bit Pop! Vinyl Figure. With the power to twist dreams in any direction his imagination created, Freddy has appeared in a variety of ways throughout the long history of the […]