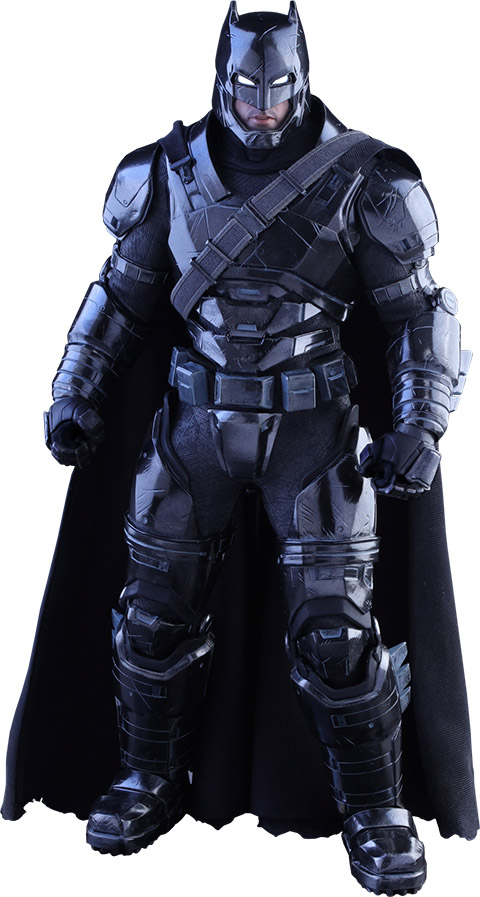 The Dark Knight gets darker (and shiny) with the Armored Black Chrome Version Batman Sixth-Scale Figure.

In Batman v Superman, Bruce Wayne proves that Tony Stark isn’t the only rich dude who can suit up in armor to fight the bad guys. Only in this case, the bad guy is Superman. Similar to the Batman v Superman Armored Batman Sixth-Scale Figure, which features a movie-accurate costume, this figure features Batman in sleek-looking black chrome armor. It’s not really chrome but it looks very cool.

The Armored Black Chrome Version Batman Sixth-Scale Figure will be available Aug 2016 – Oct 2016 but it can be pre-ordered now for $249.99 at Entertainment Earth.