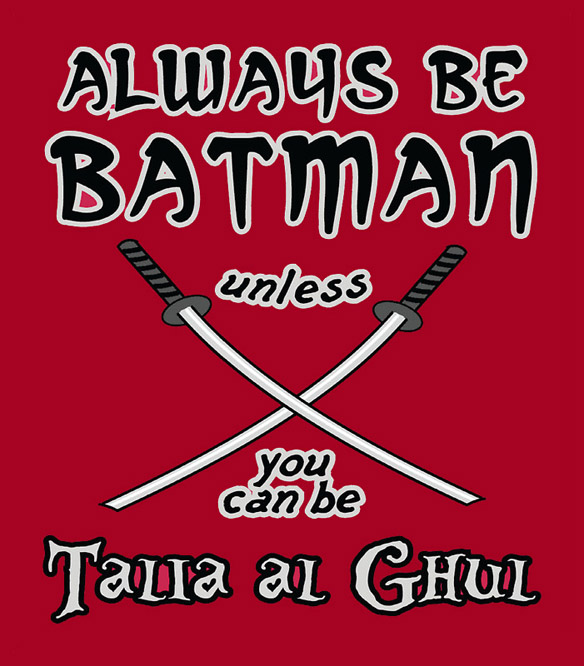 You’ve probably seen the popular saying, ‘Always be yourself… unless you can be Batman,’ but the Unless You Can Be Talia T-Shirt offers another option for those who want to be tough without becoming the Dark Knight.

The Batman universe is filled with numerous women who are perfectly capable of taking care of themselves, but Talia does more than hold her own when compared to the likes of Catwoman or Harley Quinn.

Once upon a time ago (or in an alternate reality), Talia got freaky with Batman and gave him a son, Ibn al Xu’ffasch. Poor Ibn never made the transition into the main DC Universe but Bruce Wayne still gets to be a daddy because Talia hooked up with him in the main storyline too, giving birth to Damian Wayne.

But Talia has more than baby-making skills. Her dad is in charge of the League of Assassins, which Talia herself has also led, along with the Secret Society of Super Villains. She even one-upped Superman by bringing down Lex Luthor when she managed to sell all of LexCorp’s assets to the Wayne Foundation. 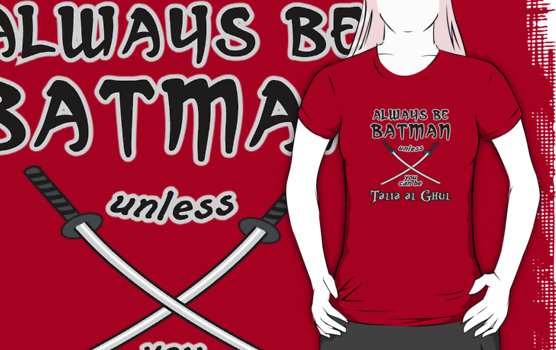 If you prefer being a sexy and lethal woman instead of a man who dresses like a giant bat, you can get the Unless You Can Be Talia T-Shirt for $25.52 at RedBubble.

If you’re a big baby at heart, then maybe you should be seen wearing the Limited Edition Evian Baby T-Shirt. Babies are so money. That’s why they are featured in all kinds of ads. Of course we all remember the delightful Evian rollerbaby ad, as […]

Batman has a great outfit, kick-butt transportation, and tons of bat-goodies, but the Batman Makin’ It Wayne T-Shirt shows the number one tool at Batman’s disposal; the one thing that makes the existence of the Dark Knight possible. Batman is appealing to so many people […]