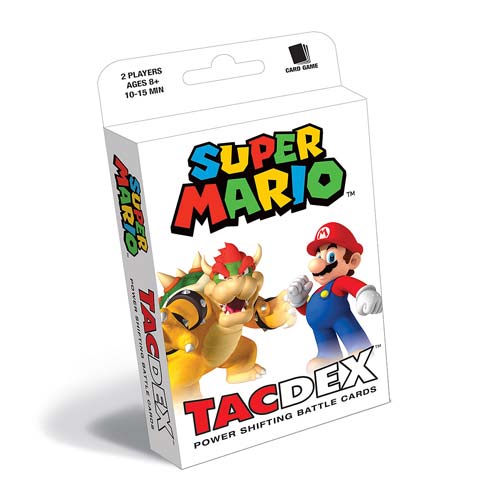 Super Mario fans are going to have a lot of fun with this Super Mario TacDex Card Game. It is a light strategy card game with a Super Mario twist.

The idea is that each player has a battle deck from which they draw a hand of cards, which is then used to compete against each other. The game also has action cards along with a battle marker that reverses winning hands.

At last you can play a card game with Mario and friends. Only $9.99 from Entertainment Earth. Pre-order it now for June.

This Halo TacDex Card Game brings all of the excitement of the popular video game franchise to the tabletop. It is the UNSC vs. Covenant. This game was created by game designer Richard Borg, maker of Memoir ’44, Command, and Colors. This card game is […]