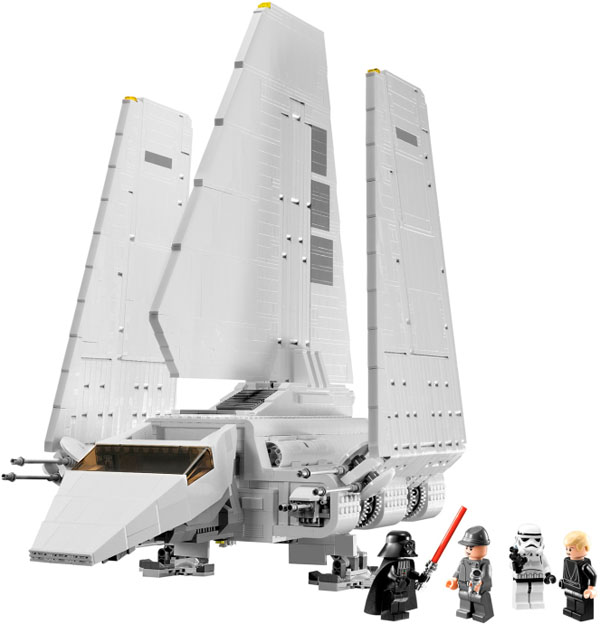 LEGO building blocks are a great way to occupy yourself on cold rainy/snowy days. With winter right around the corner, now is a great time to stock up on some of the coolest sets around…Christmas is coming, too. The LEGO Star Wars Imperial Shuttle set 10212 has over 2500 pieces and will measure over 28 inches tall on its stand with a wing span of 22 inches.

With all the fine details, like rotating double laser wing cannons and a four-seat cockpit, this set is sure to be an instant classic. Once built, you’ll be able to enjoy the opening canopy, detachable landing gear, and gear-driven folding wings with removable activation keys and let your LEGO Star Wars imagination get the best of you….The set also has five cool minifigures including Darth Vader and Luke Skywalker.

You can purchase the LEGO Star Wars Imperial Shuttle at the LEGO Shop for $259.99. Also available at Amazon.com, Amazon.co.uk, Toys R Us and Target.com.

The countdown to Christmas can be tough, make it a little easier with the LEGO Star Wars Advent Calendar.

The Space Shuttle era is over, with Space Shuttle Atlantis due to land in less than one hour from the final mission. However, the legacy lives on in a new Space Shuttle set from our favorite building block maker: the Lego Space Shuttle Expedition #10231. […]