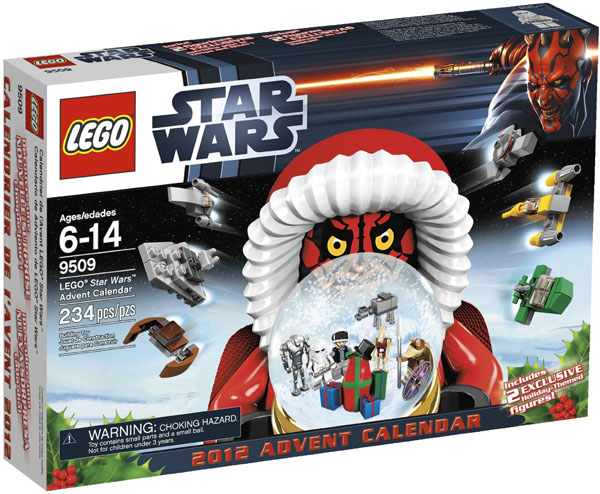 The guy in the red parka holding a snow globe doesn’t look like a jolly Santa. It looks like it’s Darth Maul who has lost his sleigh and eight tauntauns. However, he still has LEGO gifts for each day in December leading up to Christmas Day. Now’s a good time to your LEGO Star Wars Calendar 2012 before December sneaks up and bonks you on the head.

Advent calendars give you a chance to practice self-control over your impulses. Obi-Wan should’ve used advent calendars for every month of the year to help young Anakin overcome his. Can you make it to the 25th and open only one LEGO gift per day or will you give into the Dark Side? Just like a blind box, you don’t know which minifigure, structure or vehicle you’re going to get… the suspense! 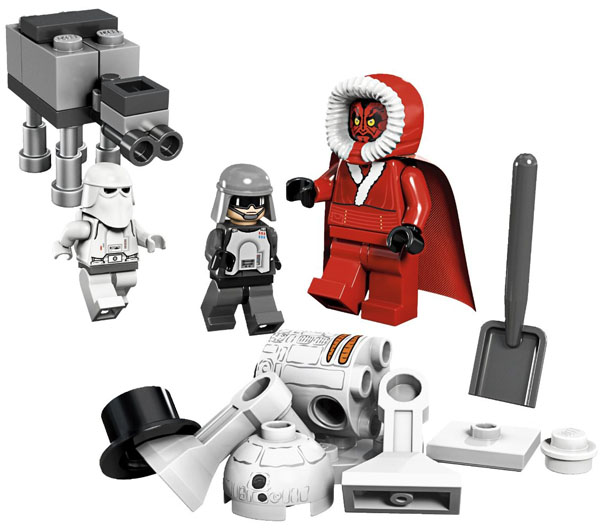 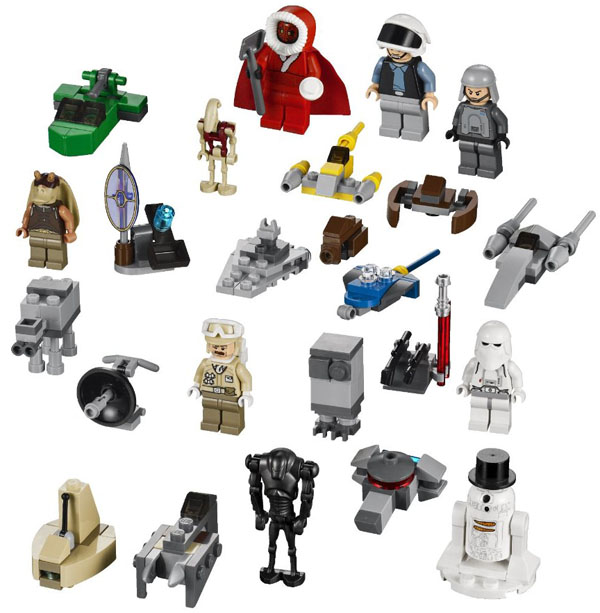 Last year’s LEGO Star Wars Advent Calendar was pretty spectacular, too. Check it out to compare.

Christmas is getting closer and it is such a big holiday for so many people all around the world. Adults and kids alike love receiving and giving gifts to family and loved ones. I know we already showed you the LEGO Star Wars Advent Calendar; […]

Summer is over and before you know it, Christmas will be here.  Enjoy that final 24 day countdown in LEGO Star Wars fashion with the LEGO Stars Wars Advent Calendar.  This fun calendar has 24 different LEGO Star Wars themed gifts behind the windows; including […]

You know what it means once November rolls around; Christmas is going to sneak up on us and punch us in the guts. Many of you might have already prepared for the madness and purchased the LEGO Star Wars Advent Calendar 2012. Some of you […]