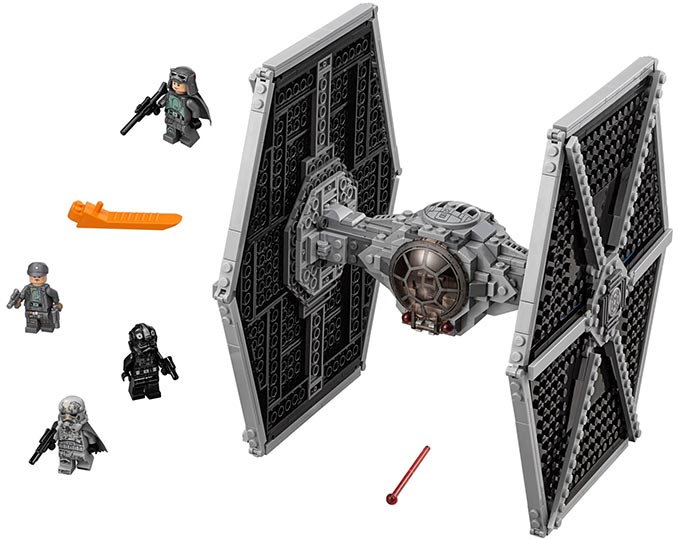 With the new LEGO Star Wars Imperial TIE Fighter #75211, you’ll be able to engage in battle with the LEGO Kessel Run Millennium Falcon. It’s a detailed model that has a minifigure cockpit, complete with opening hatch, and a pair of spring-loaded shooters. It includes 4 minifigures: Han Solo, Tobias Beckett (in Mimban Stormtrooper disguise), Imperial Pilot, and a Mimban Stormtrooper.

This new set that’s tied into the Solo: Star Wars Story is obviously not the first LEGO Tie Fighter set. However, this one is a bit bigger and more detailed than the last LEGO Tie Fighter, which clocked in at 413 pieces, 20% less than this set’s 519 pieces..

Buy LEGO Star Wars Imperial TIE Fighter for $69.99 at LEGO Shop. You can also find it at Target, Amazon, and Walmart.