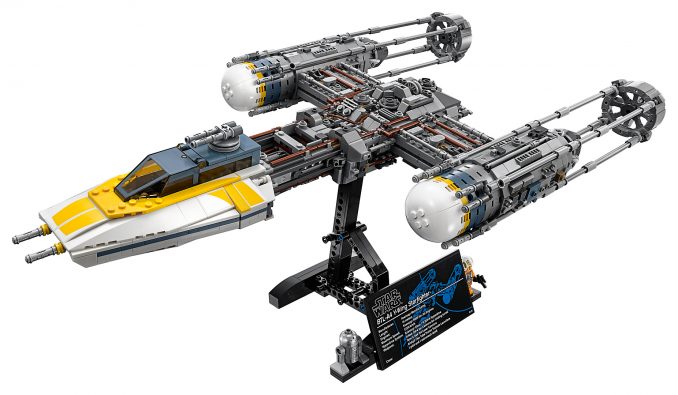 With just under 2000 pieces this set is going to take a little time to build, but the finished product is well worth it. Once completed the LEGO Star Wars Y-Wing Starfighter will measure 24 inches long, and 11 inches wide. Use the included mount to display it to all your friends.

Like most LEGO sets this set has an outstanding level of detail and cool features like: an opening minifigure cockpit, retractable landing skids, wheel-activated rotating ion cannons, and space for the included R2-BHD astromech droid. 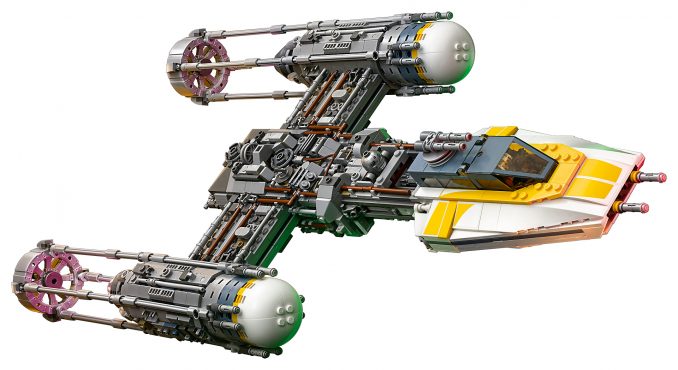 Own part of Star Wars history with the Y-Wing Starfighter. This LEGO Star Wars Ultimate Collector Series model has an amazing level of detail, including an opening minifigure cockpit for the included Gold Leader minifigure, wheel-activated rotating ion cannons on top, retractable landing skids and space for the R2-BHD astromech droid. This fantastic Star Wars toy also comes with a tilting display stand and informational fact plaque, making it the perfect centerpiece for your collection. 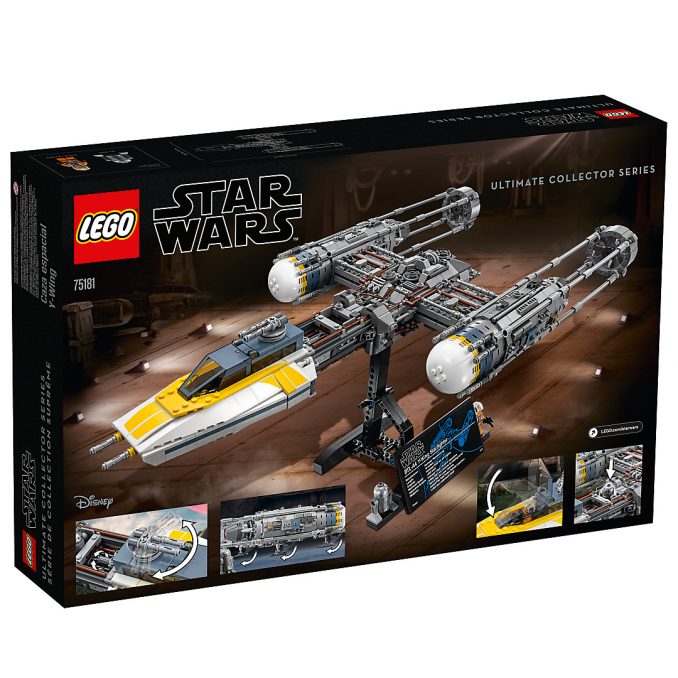