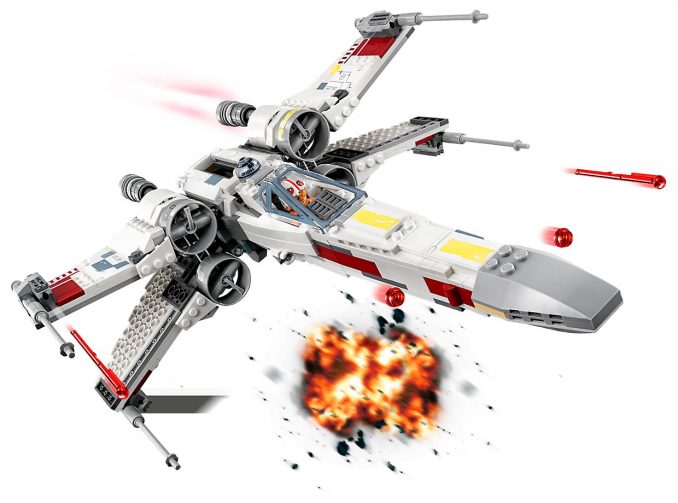 There’s been a number of LEGO X-Wing sets over the years and the latest, the LEGO Star Wars X-Wing Starfighter #75218, is a medium size build. With 730 pieces, it makes a great compromise between size and budget. Once constructed it measures 13″ long by 11″ wide and 4″ high in attack mode. (There is a lever function to transition the wings between attack and cruise modes.)

One really cool feature of the LEGO Star Wars X-Wing Starfighter #75218 is that it comes with extra stickers and tiles so you can decide to make your X-Wing looks like Luke’s Red Five or Biggs Darklighter’s Red Three. Naturally, the set also includes minifigures of Luke Skywalker and Biggs Darklighter in their pilot uniforms as well as their astromech droids (R2-D2 and R2-Q2).