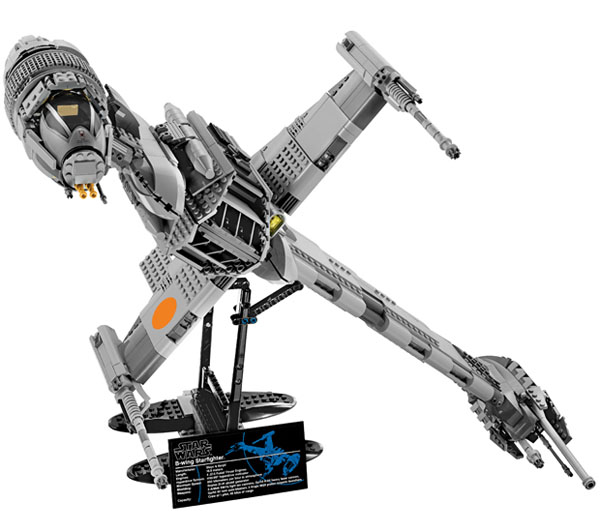 If you’re a Star Wars and LEGO fan, you probably already have the collectible LEGO Death Star, LEGO Super Star Destroyer and LEGO R2-D2 sets; but now LEGO has just announced a new edition to their LEGO Star Wars lineup.

LEGO Star Wars 10227 B-wing Starfighter
Take on the Empire in the Ultimate Collector Series B-wing Starfighter!
Now you can experience the ultimate B-wing Starfighter from the Star Wars galaxy like never before. This fantastic model features everything you would expect from our premium collector range, including rotating, self-levelling cockpit and realistic wing configurations for landing and flight. And when you’re finished battling in the skies above Endor or helping to restore freedom in the galaxy, place this highly detailed B-wing Starfighter on its own dedicated display stand and fact plaque.