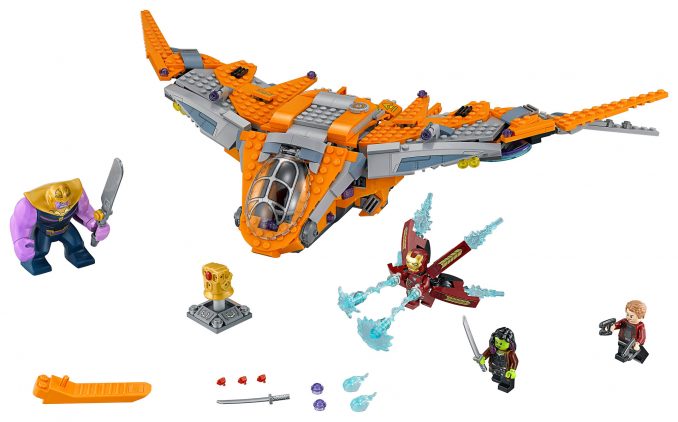 The anticipation is high and heavy marketing is underway for Avengers: Infinity War. This LEGO Marvel Thanos: Ultimate Battle 76107 is just another cool item for Marvel fans to enjoy while we wait until the end of April for the official movie release.

This 674 LEGO piece set includes Star-Lord’s Avengers: Infinity War ship and three very important minifigures: Iron Man, Star-Lord and Gamora….And better yet, you get one big Thanos figure complete with removable Infinity Gauntlet! That’s right, you get to battle The Mad Titan and try to steal the Infinity Stones all before the movie is even released.

The Guardians’ ship has some pretty cool features too. It has an opening cockpit for the included space scooter, an opening rear compartment, flip-up windshield, removable roof so you can stash the Infinity Gauntlet in there, adjustable wings and a connection point for the very useful escape pod. 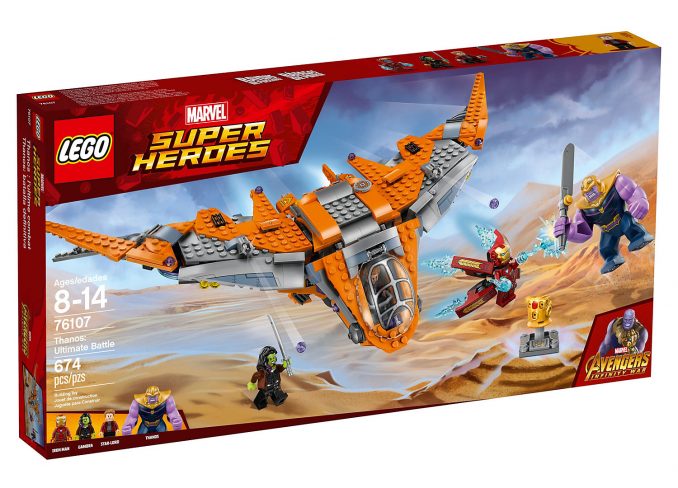 Fly into conflict on an uncharted planet aboard The Guardians’ Ship with Iron Man, Star-Lord and Gamora in this LEGO Marvel Super Heroes 76107 Thanos: Ultimate Battle set. The Guardians’ Ship features an opening cockpit for 2 minifigures seated on the space scooter, stud shooters, plus an opening rear compartment with capacity for 2 minifigures and the Infinity Gauntlet and stand. The Infinity Gauntlet, which has attachment points for the included Infinity Stone and other collectable Infinity Stone elements, can be attached to the Thanos big figure. This exciting set features 3 minifigures with assorted weapons and 10 Power Burst elements. 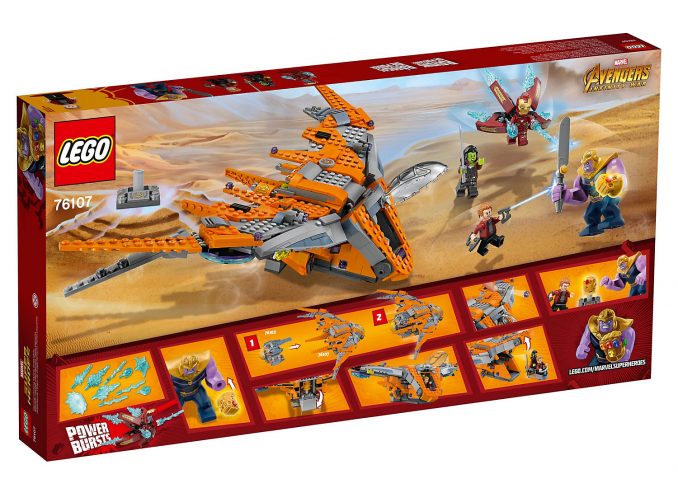 LEGO Guardians of the Galaxy Milano vs. Abilisk Set 67081